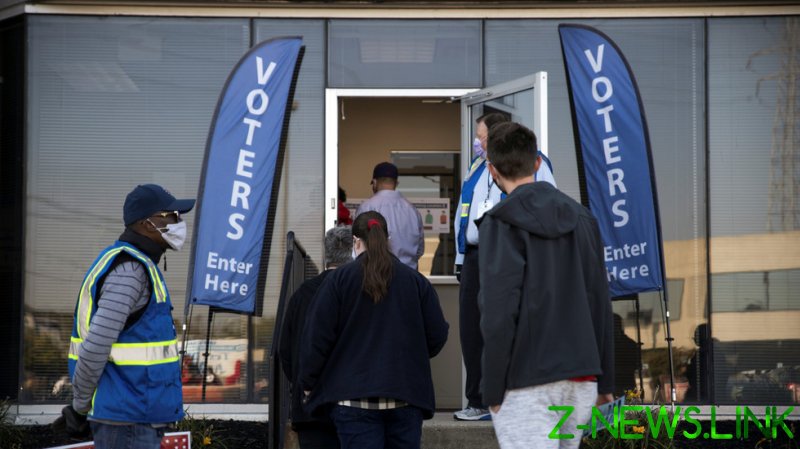 Election officials in Franklin County – Ohio’s most populous region and home to the state capital of Columbus – said on Friday that tens of thousands of erroneous ballots were sent out to voters, caused by a mishap with a machine that loads the ballots into mailing envelopes. The elections board has promised to remedy the mistake in a matter of days.

“The board has already begun the process to print, stuff and mail the 49,669 replacement ballots and expect them to be sent to the United States Postal Service within 72 hours for delivery,” the election officials said in a statement.

News of the blunder soon made its way to the president – a vocal skeptic of universal mail-in voting who’s repeatedly deemed it highly vulnerable to fraud – prompting him to declare a “rigged election.” Officials in Franklin pushed back, insisting “every vote will be counted” and that the election will be “fair,” though acknowledged that they made a “serious mistake” with the ballots. Ohio’s Republican Secretary of State Frank LaRose similarly assured that the vote would be “safe, secure and accurate.”

The 50,000 or so problematic ballots make up some 20 percent of the total number mailed out to Franklin residents to date, meaning nearly one in five voters who received absentee ballots were sent the wrong document. Some featured the incorrect congressional race, while others were simply sent to voters in the wrong precinct.

The ballot debacle comes amid another controversy linked to Ohio’s mail-in system, an ongoing legal battle over the location of ballot drop boxes. On Thursday, a US district judge struck down an order by LaRose that would limit each county to a single drop-off site, arguing the rule would have a “disproportionate effect on people of color” and impose a “significant burden” on their ability to vote. LaRose intends to appeal the decision, according to his spokesperson.

Franklin County has previously seen similar errors on behalf of elections officials that could impact thousands of voters. Last year, the state elections board released a list of some 235,000 voters it planned to purge from the rolls – who it claimed were deceased, had moved away, or were simply “inactive” – however after concerns were raised by advocacy groups, the state found that around 40,000 people were put on the list by mistake. Half of those resided in Franklin. While voters’ rights groups worked to correct the list, thousands of residents were potentially excluded from casting ballots, many only learning of their ineligibility to vote on election day.