Home / WORLD / Oh no, they’re not: A brave feminist professor’s forensic takedown of the illogical claim that ‘trans women are women’

Oh no, they’re not: A brave feminist professor’s forensic takedown of the illogical claim that ‘trans women are women’ 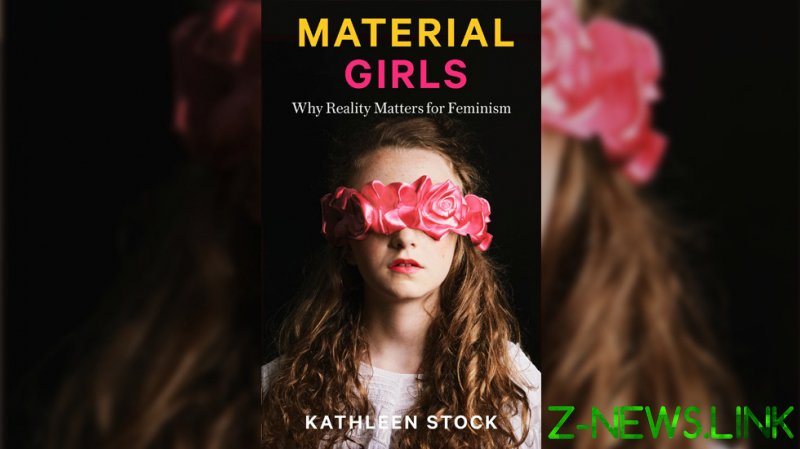 It’s an alarming sign of the times that the first foray into public debate of the UK’s new head of the Equalities and Human Rights Commission (EHRC) has been to defend an individual’s right to think what they like without fear of being punished for those thoughts.

At the centre of the case is the belief, trumpeted by LGBTQ organisations such as Stonewall, that ‘trans women are women’ and if you don’t agree with that view then you are a transphobe, a misogynist, and must be simultaneously shut down and punished.

This is the power of the new gender gestapo who saw to it that Maya Forstater was sacked from her job as a tax expert at the think tank Center for Global Development for holding what her employer labelled “gender critical” views. In a shocking display of legal overreach, the judge at her ensuing employment tribunal told Forstater that her views were “not worthy of respect in a democratic society.”

Strong language. So what were those views? The wholesale promotion of paedophilia? White supremacy? Cream before jam on scones?

Nope. Forstater took an apparently morally – and legally – indefensible position over the UK Government’s move to reform the Gender Recognition Act in favour of ‘gender identity’ by tweeting her belief that “men cannot change into women.” How very dare she!

Baroness Falkner of Margravine, the incoming head of the EHRC, has made it clear that such a legal assault on freedom of belief is wrong and that the Forstater judge had incorrectly interpreted the law.

And Baroness Falkner is not alone. In her take on the issue, Professor Kathleen Stock, a professor of philosophy at the University of Sussex, writes in her newly-released book ‘Material Girls’, that the judge’s “incredible” ruling was reached over “Forstater’s refusal to immerse herself in a fiction about sex change.” Something in which she is not alone and there is statistical evidence to prove it.

Professor Stock cites a 2018 survey from Populus of 2,074 respondents, with 49% male and 51% female, weighted across a range of age groups, who were asked to “think about a person who was born male and has male genitalia but who identifies as a woman.” The question was, “In your own personal view, would you consider this person to be a woman or a man?”

Only 19% answered ‘woman’; 52% replied ‘man’, 20% said ‘don’t know’ and a shy 3% preferred not to say. Presumably in case someone was listening and might disapprove of and take offence at what they heard.

Professor Stock argues that given free licence to express an anonymous “personal view” outside of the “fiction” that people immerse themselves in, we gain a more accurate underlying view of how they really think. She points out that the version of themselves that many people on social media project is a carefully curated image supporting a particular “stance or identity” they wish to project to the world, and adds, as quick proof, the inordinate amount of time that people spend taking a satisfactory ‘selfie’ to post on their profiles.

Not true, Stock argues, and she goes into detail about what defines human sex, which is much, much more than genitalia. Of the three areas she explores, it is the simple understanding of chromosomes that struck home for me (her others deal with ‘gamete-producing pathways’ and a cluster of sex-typical features).

If, in your genetic make-up, your fundamental arrangement of chromosomes is XY, then you are a male. If it’s XX, then you are female. The Y chromosome is the difference. That’s an inarguable, biologically defensible given for 99% of human beings. There are Disorders of Sexual Development, meaning some females are a single X or multiples thereof, and some males have additional X chromosomes accompanying their Y. But that doesn’t predetermine these individuals as trans in any way.

Stock says, “In the vast majority of cases, sex is not assigned at birth, but detected – in most cases via observation at birth and in a few cases later on. Despite wording of UK laws such as the Gender Recognition and Equality Acts, sex cannot be ‘resassigned’ though surgery or a change in legal status, nor ‘changed.’”

This makes an individual’s gender identity sometimes difficult to detect. For instance, if a sex-assigned male actually identifies as a trans woman, but has no typically female traits or behaviours, then how is the uninitiated to know?

And the whole trans world becomes even more complicated if, for example, that trans woman sports a beard and identifies as a lesbian so prefers sex with birth-assigned females with misaligned gender identities themselves – these folk exist, check out Stonewall’s Trans Advisory Group if you don’t believe me – while at the same time, somewhat incredibly, championing ‘women’s rights’ yet calling out anyone who disagrees with them as a Trans Exclusionary Radical Feminist, or TERF.

That’s where JK Rowling fell foul of the mob, when daring to declare, “If sex isn’t real, the lived reality of women globally is erased.”

Professor Stock, who has also been vilified and abused online and at her university for her views (“It is quite a strange situation to work somewhere where people make it clear that they loathe you,” she said recently), refuses to bend from her view that an individual cannot change their biological sex.

She, like Rowling and other women – and, dare I say, many men – are sick of having the public narrative surrounding the issue of women’s rights hijacked by trans women who were born male. These activists and their docile supporters attempt to not only frame the debate, but bend reality to establish its terms and viciously enforce who is eligible to take part in the discussion, and what is able to be said and what isn’t.

Following the publication a few months back of Abigail Shrier’s ‘Irreversible Damage’, which explored the bad science of unquestioned gender affirmation and gender dysphoria, ‘Material Girls’ further chips away at the gender identity edifice constructed by trans activists.

Stock’s arguments around what comprises biological sex, the concept of those jumping aboard the bandwagon being immersed in a collective fiction, and the evidence of propaganda, fake science, and data manipulation being used to support the ‘trans women are women’ mantra, are both shocking and convincing.

Gender identity theory is gaining ground. It’s being taught in our schools and universities and it’s wrong. But to its proponents, my views are irrelevant and I am denied any sort of consideration on the basis that I am a cis man anyway. Part of the enemy.

So that leaves the fight to brave people like Kathleen Spock, Maya Forstater, JK Rowling, even Baroness Falkner. And they need all the support they can muster.