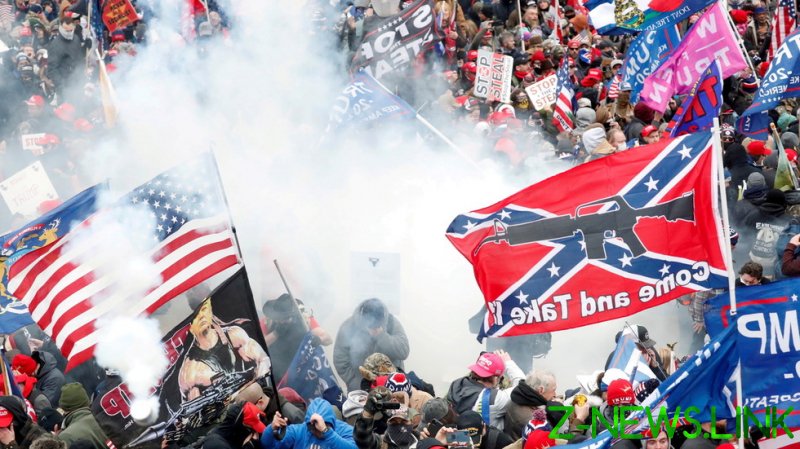 In a statement announcing the closing of the investigation, the DOJ announced there is “no evidence” to establish that the US Capitol officer who shot Babbit “did not reasonably believe that it was necessary to do so in self-defense or in defense of the Members of Congress and others evacuating the House Chamber.”

Babbitt’s shooting was caught on multiple videos on January 6. She was struck by a single shot from the still unidentified officer after trying to enter the ‘Speaker’s Lobby’ which leads to the US House of Representatives, according to the DOJ. Babbitt tried climbing through a doorway with glass broken out when she was struck by a bullet in her left shoulder. After receiving medical attention, Babbitt was transferred to Washington Hospital Center where she died as a result of her injuries.

Babbitt’s death has been splitting the public since the footage made its way online, with some arguing the officer involved in the shooting used excessive force while others have justified the shooting, branding the mob that entered the Capitol as a violent crowd committing an act of treason.

The DOJ’s new announcement has been no different, splitting critics on social media.

“The media’s lack of interest in who killed Babbitt is amazing,” conservative writer Julie Kelly tweeted in reaction, going on to blast the DOJ for not revealing the name of the officer behind the shooting.

Other conservatives similarly highlighted the withholding of the officer’s name this week, arguing it is hypocritical as officers involved in other high-profile shootings, like that of Daunte Wright, have their names revealed to the public almost immediately. In the case of Wright, Kim Potter’s name was released and widely-known before a second-degree manslaughter charge against her was announced.

Others, however, have celebrated the DOJ’s decision and pushed back against accusations of excessive force and comparisons to Wright’s case.