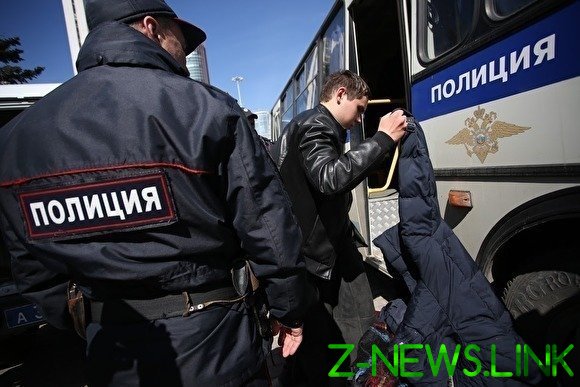 The management of the Department of the interior Ministry Alexeyevsky district, Moscow made a representation from the Prosecutor’s office due to the hard detention of the teenager on uncoordinated action in support of the special correspondent of the “Medusa” Ivan Golunova, held on 12 June.

As explained to “Interfax” the Executive Secretary of the Public oversight Commission (POC) of the capital Ivan Melnikov, a representation to eliminate violations of the “law on administrative proceedings, on the basis of the system of prevention of neglect and offenses of minors”.

Melnikov also said that he had received a response to a request from a capital Central Board of Regardie. There he was told that the test materials actions of the riot police against young men sent to GSU of Investigatory Committee of the Russian Federation in Moscow for decision procedural decision.

We will remind, during a rally in support of Ivan Golunova June 12 near the metro station “Clean ponds” in Moscow, according to “OVD-info”, was arrested more than 500 people. The event was planned before the release of the journalist, who was accused of attempt of sale of drugs, and was not agreed. According to the interior Ministry, took to the streets of 1.2 thousand people, according to journalists — more than 1.5 thousand

Melnikov reported that was detained the teenager, who subsequently required hospitalization. As reported by Melnikov, lying on the floor a young man was beaten with his hands, trying to confiscate the camera.

In Regardie is also reported that detained youth “provoked law enforcement officers, showing obscene gestures and using foul language, and also encouraged others to take video, if it will hold.”

The Ministry added that at a time when the teenager was taken to the paddy wagon, “he held a hand over the stomach”, and on the face of it was a bruise. On the question of the employee of Regardie, whether the detainee needs medical assistance, the young man replied in the negative.

Also, the Ministry stated that the minor looked “like a perfectly adult male of large stature” and had a beard.