Home / INCREDIBLE / Off the coast of Ireland found a unique find

Off the coast of Ireland found a unique find 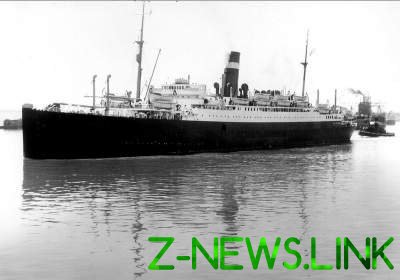 The wreckage of the British passenger liner “Athenia”, sunk by German troops, located off the coast of Ireland, says oceanographer David Mearns. These conclusions he made based on the data received by the sonar of the Geological survey of Ireland.

“Athenia” was the first vessel sunk by German submarines in world war II. On 3 September 1939, a few hours after Britain declared war on Germany, the crew of the German submarine took seen a liner for a military ship and sunk it, firing without warning two torpedoes.

Discovered by Measom fragments are near the cliff Rockall in the Atlantic ocean, at a depth of 200 m. In the picture it is seen that 160-foot ship split in two at the place where the torpedo struck. The researcher notes that while it is impossible with absolute certainty to say that this is the wreckage of “Ateni”, but based on the data he is confident that they can.