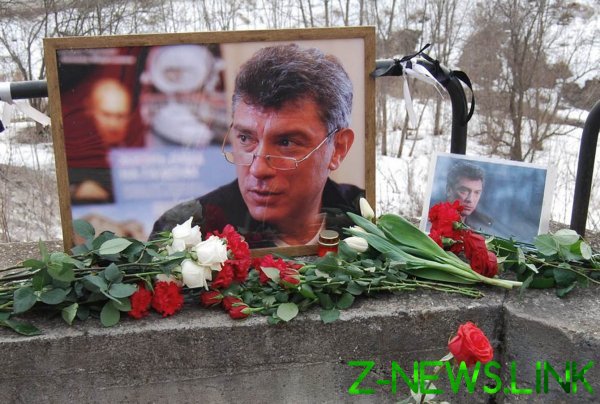 The residents of Matveevka village, Domodedovo, Moscow region faced threats from some “people in mufti” because of the attempt to assign to the nameless street the name of the slain politician Boris Nemtsov. The conflict began to consider the police, the residents also appealed to the Investigative Committee demanding to investigate the fact of illegal interference of officials into the life of a real estate owners partnership.

TSN “Matveevka” administratively belongs to the village of Belye Stolby, which is part of the city Domodedovo. Question about the street names were decided at a General meeting of the partnership on August 24. The residents wrote a letter to the head TSN Svetlana Chernysheva with a request to assign a nameless street the name of Boris Nemtsov and began to collect signatures.

As told the Russian service RFI lawyer Maria Arkhipova, Boris Nemtsov, and other opposition members in 2012 helped the villagers, including financial, in an attempt to take away their Playground under the Parking lot of truckers. “We have defended your village. So the positive memory of him in the village. And the people decided once we have a street not named, why not name her in memory of Boris Nemtsov, and began to collect signatures,” explained Wheeler.

By law, all streets in the partnership must have a name that people could obtain registration in their homes. However, with the initiators contacted the people, which the lawyer calls the representatives of law enforcement, and advised the inhabitants to abandon the idea to name the street after Nemtsov.

According to Arkhipova, head of the initiative group refused to continue to collect signatures, explaining that to him, “come”, and he doesn’t want trouble. Another neighbor, the teacher was threatened with dismissal. “And then went down the street and everyone was told not to honor Nemtsov rename. We the next day went, and people don’t even open – I’m afraid” – said the lawyer.

At the meeting with the TSN feed of the local authorities attempted to shift the Svetlana Chernyshov as Chairman, said she is “Radio Liberty”. According to her, the residents of the village spoke “people in mufti”, which the head of the Association also calls the law enforcement officials. After the incident, the residents filed an application for holding in the end of September mass marches.

Boris Nemtsov was killed in Moscow at the Bolshoi Moskvoretsky bridge on 27 February 2015. The executor of murder the court found Zaur Dadaev, he was sentenced to 20 years in a strict regime colony, stripped of his rank of Lieutenant and state awards – the order of Courage. The court also sentenced him to a fine of 100 thousand rubles, finding no grounds for assigning it a restriction of freedom after serving the sentence.

Anzor Gubareva, the court has appointed punishment in the form of 19 years. His brother Shadid Gubarev got on the court for 16 years, Temirlan Eskerkhanov 14 years, Khamzat – 11 years of strict regime colony. All the defendants were fined 100 thousand rubles. They appointed additional punishment in the form of two years of restriction of freedom after serving the primary sentence.

In absentia charged with the murder of Nemtsov presented Ruslan Muhudinov, the driver zamkomandira battalion “North” Ruslan Eremeev, close to the head of Chechnya, Ramzan Kadyrov. Nemtsov’s daughter Zhanna Nemtsova, public figures and the international community believe that the murder of the policy remained unsolved.