Home / WORLD / Obesity and coronavirus: The nanny state mob are spreading alarmist and dubious claims for their own ends

Obesity and coronavirus: The nanny state mob are spreading alarmist and dubious claims for their own ends 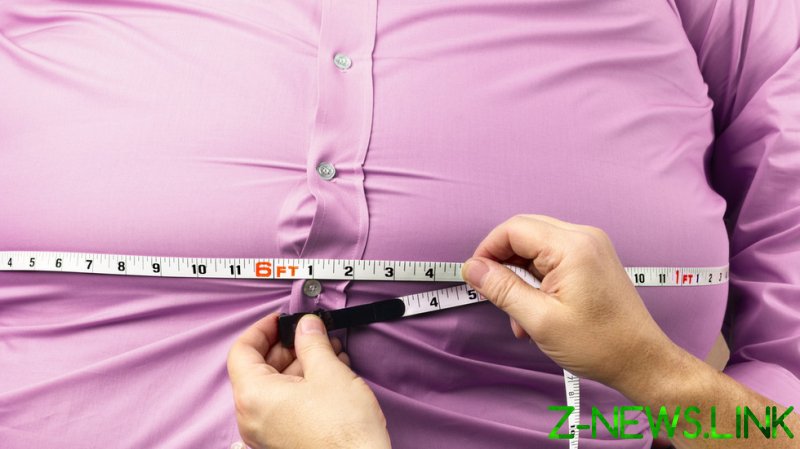 A new report by the World Obesity Federation, COVID-19 and Obesity: The 2021 Atlas, suggests that having a spare tyre is a major risk factor for dying from Covid-19. While there’s no doubt that being fat can make the disease worse, the alarmist headline figures are a result of dubious international comparisons – and a desire to grab a few headlines on World Obesity Day.

In the foreword, the president and the chief executive of the federation suggest that “increased body weight is the second greatest predictor of hospitalisation and a high risk of death for people suffering from Covid-19. Only old age rates as a higher risk factor.” The report adds: “Reducing one major risk factor, overweight, would have resulted in far less stress on health services and reduced the need to protect those services from being overwhelmed.”

Some perspective is required. Age is the overwhelming risk factor for serious illness and mortality with Covid-19. In the UK, almost 90 percent of deaths have been in people aged over 70. Morbid obesity is an important risk factor, too, but the impact is far lower. For example, the report cites a study in the UK which suggests that people with a body mass index (BMI) of over 30 – the definition of obesity – are almost 1.5 times more likely to end up in hospital than those of ideal weight (a BMI of 20-25). Where BMI rises to over 35, the risk of hospitalisation is nearly 2.5 times higher.

Another study cited in the report, from New York, found a similar, though less pronounced effect. The risk of any form of obesity was higher (over 1.5 times), but the extra risk from morbid obesity was fairly small. Both studies found an increase in risk among those who were ‘overweight’, but more like 20-30 percent higher than slim people.

The scary numbers come from global comparisons. But Europe and North America have richer, more urbanised and older populations than many countries in East Asia or Africa. If we really want to look for the impact of obesity, it would surely be better to compare similar countries.

Take, for example, Belgium and the Netherlands. According to the figures in the report, the Dutch are slightly slimmer than the Belgians and very slightly more of them are over 65. But the death rates are wildly different: Belgium has had almost three times as many deaths per 100,000 people as the Netherlands (170.97 in Belgium, 66.89 in the Netherlands). Age and obesity don’t seem to be particularly useful in making cross-country comparisons.

Look at Scandinavia, too. Rates of obesity and those overweight are similar. Norway has both the fattest population, but also a slightly younger one. Again, the death rates are very different. Sweden has had a fairly high rate of mortality – 85.7 deaths per 100,000. (Notably, far lower than Belgium’s, despite more relaxed policies.) But Denmark and Finland (22.39 and 10.17 respectively) have had far lower death rates, while slightly chubbier Norway has the lowest mortality rate of all – just 8.2 deaths per 100,000.

Meanwhile, some chubby countries have really dodged the bullet when it comes to Covid-19. Around 29 percent of Australians are ‘obese’, yet the death toll there is just 3.64 per 100,000. New Zealanders are even fatter – with 30.8 per cent of them obese, but has a death rate of 0.51 per 100,000. Of course, both countries moved very fast to close their borders when they saw the impact of Covid-19 in Europe, so they have had far fewer cases of disease.

In short, the policies that different countries have pursued have been very different in so many ways. Trying to suggest that obesity – or even overweightness – is a major factor isn’t very helpful at all. The degree to which a country is well connected in terms of travel looks like a better, if imperfect guide, especially when you take into account the degree to which travel was suppressed by some countries early in the pandemic, before the virus could really take hold. Delays in introducing any rules on social distancing, even those some way short of lockdown, seem to be a factor, too.

Then there’s the presence of other underlying illnesses, comorbidities, in almost all Covid-19 victims – the most common of which have been identified as hypertension, cardiovascular and cerebrovascular conditions and diabetes. Yes, being overweight can cause or increase these conditions, but it’s not the only factor by any means.

Understanding why different countries suffered differently – even those that are broadly similar in terms of general health, demographics, economic development and culture – will keep researchers employed for years to come. But the World Obesity Federation doesn’t seem to be bothered about all that complexity. Rather, it is lobbying for the kind of policies it loves – more public health spending on obesity, more promotional campaigns, restrictions on ‘ultra-processed’ foods, and so on.

Would we all be healthier if we lost a few pounds and took a bit more exercise? Undoubtedly, this is true, though the risks of being chubby are routinely overstated. They certainly don’t justify the endless ‘nanny state’ policies that try to regulate the minutiae of our lives. Indeed, the way that public health bodies lost sight of their most important role – trying to combat infectious diseases – was striking in the early days of this pandemic.

In the UK, for example, public health bodies were complacent in assuming they were ready for a pandemic. But within weeks, it was obvious that there were poor supplies of protective equipment, pitiful capacity for testing and more. Instead, far too much attention was spent on smoking, boozing and diets. While we can all make choices about what we eat, drink and smoke, or how much physical activity we take, we can’t do very much about infectious diseases or pollution. These are public health issues, not private ones. Yet ‘public health’ has become obsessed with private choices.

The kind of lobbying embodied in the World Obesity Federation report is clearly working, with the UK government announcing it will splurge even more money on tackling our waistlines with policies that have singularly failed to make much of a dent in them so far. That spending may have done little for obesity rates, but it has provided comfortable salaries for a coterie of lifestyle-obsessed fatcats… sorry, I mean, professionals. That money would be far better spent elsewhere.