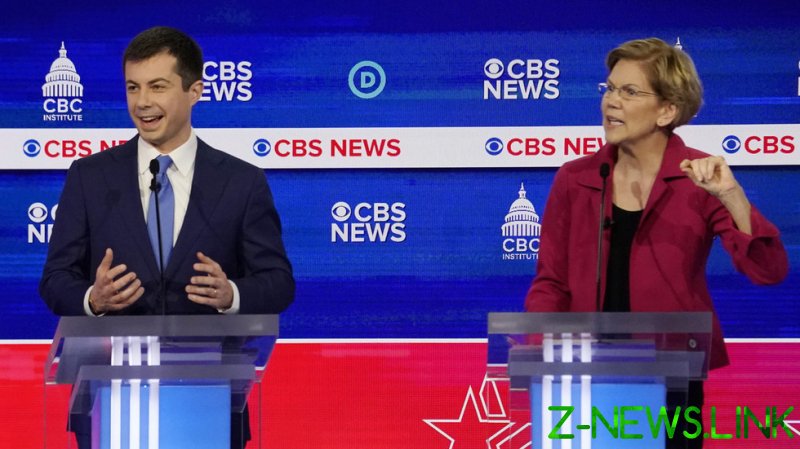 “He’s 38, but he looks 30,” Obama told a group of wealthy black political donors in New York in October 2019, two mainstream journalists wrote in a book on how President Joe Biden won the election.

He’s the mayor of a small town. He’s gay, and he’s short.

Obama gave his brutal assessment of Buttigieg months after meeting with the then-mayor of South Bend, Indiana, to offer advice on how to cope with homophobia on the campaign trail, authors Amie Parnes and Jonathan Allen wrote in their book, “Lucky: How Joe Biden Barely Won the Presidency.”

According to the book, Obama’s impromptu comments at the meeting focused primarily on Senator Elizabeth Warren (D-Massachusetts), arguing that she had what it took to win and met his criteria to be considered a viable president. Warren had satisfactory answers to his three-question litmus test: “Why you?” “Why now?” and “Is your family behind you.” He essentially endorsed Warren without officially endorsing her.

As for the other candidates, Obama acknowledged that he knew then-Senator Kamala Harris, but he offered no opinions about the woman who later became Biden’s vice-presidential running mate. Obama said even less about his own vice president, Biden.

When reminded by one of the donors that he hadn’t mentioned Biden, Obama offered nothing. “His silence spoke for him,” the book said. The 528-page tome was released on Tuesday, but Obama’s comment on Buttigieg has been largely ignored by the mainstream media, other than the authors themselves.