Home / WORLD / Obama producing anti-Trump Netflix ‘comedy’ series: Hollywood refuses to give up on cash cow obsession, even with Biden in office

Obama producing anti-Trump Netflix ‘comedy’ series: Hollywood refuses to give up on cash cow obsession, even with Biden in office 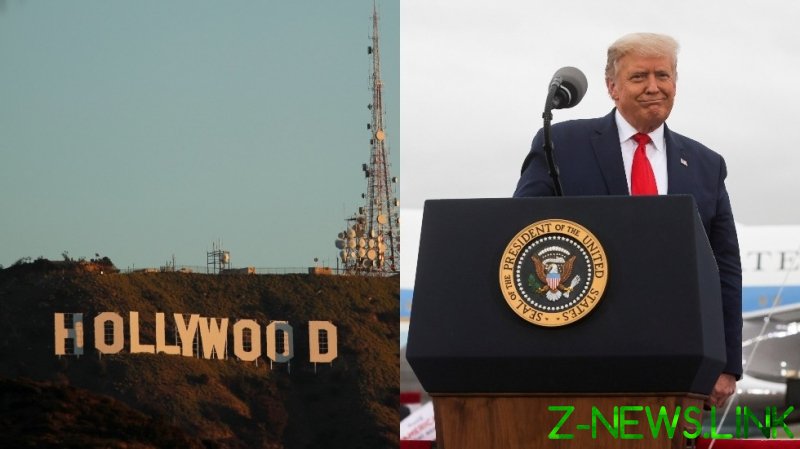 With President Donald Trump’s path to reelection looking more and more like a fantasy, even those not in support of Joe Biden had to have at least one moment of wishful thinking: maybe with Trump out of office, the entertainment industry will move on and let their annoying obsession with the man die.

Even in the likely scenario where Trump leaves office and we are left with his 78-year-old Democrat replacement though, the subgenre of film and television that has been inspired by the man nearly every celebrity pretends to hate will rage on.

It comes down to the simple fact that you can’t put the genie back in the bottle once it’s out. Hollywood has realized how much money there is in capitalizing on the disease that is Trump Derangement Syndrome, and they’re going to run to that well again and again until it runs completely dry.

Even Barack Obama is getting in on the action now. Netflix is giving the former president a platform to poke fun at his successor through a comedy series called ‘The G Word with Adam Conover’. While the premise for the show suggests a simple sketch comedy series poking fun at the federal government, it’s based on the book ‘The Fifth Risk’ by Michael Lewis.

For those unfamiliar with the book – aka people who can find better things to read than long-winded anti-Trump diatribes building author’s media brands – it’s an exploration of the transition from Obama’s administration to Trump’s, painting the latter team as chaotic and disorganized.

While the idea of a former president producing a series that will likely heavily criticize his successor through the guise of comedy on the world’s biggest streaming platform sounds icky to begin with, the real problem here is an industry that has worked so hard to shame millions of Trump voters and centrists for four years is continuing their hypocritical profit-making scheme.

They say one thing in front of cameras, and then turn around and ask us to fork over money for anything and everything Trump-related.

The truth is Trump has been good for Hollywood’s economy, his presidency sparking its own small and impressive economy lorded over by haters profiting off their own unhealthy obsessions.

The examples are almost endless. Programs like ‘The Late Show with Stephen Colbert’ and ‘Saturday Night Live’ found new purpose and fresh ratings when they hyper-focused on criticizing the president. The latter even gave Alec Baldwin an unexpected comeback with his Trump portrayal making the media forget all his personal controversies and troubles and providing him a path to a respectable career he arguably never would have had without Trump.

There’s ‘The Cartoon President’, produced by Colbert, which has been running for three seasons on Showtime. It’s a cartoon series based entirely on the Trump White House being a disaster with jokes you can find on Twitter from ‘journalists’ long before the show airs.

Showtime also recently produced the Robert Mueller lovefest that was ‘The Comey Report’, where Brendan Gleeson portrayed the villainous criminal version of Trump CNN has tried to paint for us for years.

Comedy Central had ‘The President Show’ featuring Anthony Atamanuik’s satirical portrayal of the president, and documentaries about the president are a rabbit hole no one should be forced to go down, but this subsect of the anti-Trump genre has provided new focus for creators like Michael Moore who struggled to remain the ‘rebellious’ liberals they’d always painted themselves as while Obama was president.

Along with Obama’s series, Netflix also has ‘Space Force’, a comedy mocking Trump’s new military initiative that celebrities couldn’t wait to make fun of when announced, but also apparently couldn’t wait to profit off of. That series was recently renewed for a second season.

As much as some may hope for a break from the constant hollow and long-winded virtue-signaling from liberal public figures when it comes to Trump, it simply is not going to happen, no matter who is president.

Trump has not only been good for Hollywood’s bottom line, but with the involvement of actual politicians like Obama in these endless projects, they more clearly serve the purpose of one side using content to distract from the faults of their own side. If Obama can keep the focus on Trump, for instance, the media and liberal celebrities are handed an excuse to ignore the shortcomings of his own presidency and the no-doubt mirror presidency Biden will soon make us suffer through.

By keeping the focus on Trump, they normalize the half-baked arguments that he’s an extremist dictator and a goof, while bumbling, gaffe-ridden, war-loving, 1994 crime bill-writing Biden is free to walk over the low bar the media and pop culture are setting for him thanks to their depictions of his predecessor.

Anti-Trump content is a win-win for Hollywood because it not only serves the purpose of making money from those unwilling to let go of their Trump hatred, but it also helps to rewrite history and keep scrutiny away from the Democrats.

So strap in, folks. The 24/7 Trump whining you find in every corner of our culture is going nowhere, regardless of the results of some pesky presidential election.