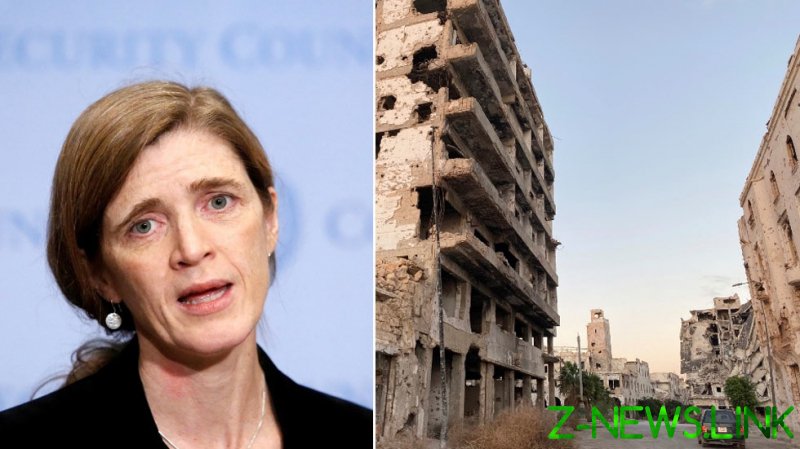 If she gets to be the next heard of the US Agency for International Development (USAID), Power would “signal the Biden administration plans to revitalize foreign assistance and use it as an instrument of soft power and to achieve humanitarian goals”, according to the Axios news website, which reported her possible nomination. The decision is said not to be final yet.

Power served in the previous Democratic administration first as a member of the National Security Council and later as US envoy to the UN. The story of her banding together with then-Secretary of State Hillary Clinton and then-UN ambassador Susan Rice to lobby President Obama for a military intervention in Libya was widely circulated across the media.

The outcome of the 2011 NATO operation was utter devastation that persists today. Open slave markets popped up in the country, which is engulfed in a civil war and serves as a major route for the smuggling of people into Europe after Muammar Gaddafi was toppled.

Libya is considered to be one of the biggest failures of ‘Responsibility to Protect’ (R2P), a concept that Power helped to formulate, and which advocates the global use of force by powerful nations to protect human rights. She was also a strong supporter of US involvement in Syria and Yemen, two other places hit by terrible humanitarian disasters.

Critics of the hawkish Obama-era official were quick to conclude that if she is appointed to head the USAID, she would be dealing with the very same problems she “helped create.”

Power herself however appears to believe that the Biden administration should have other priorities.

In a recent article in Foreign Affairs magazine, Power lamented that the US is no longer seen as “indispensable” and increasingly perceived as “incompetent”, blaming the Trump presidency for it. She suggested that the Biden administration must “pursue foreign policy initiatives that can quickly highlight the return of American expertise and competence” and do so in a “highly visible” way.