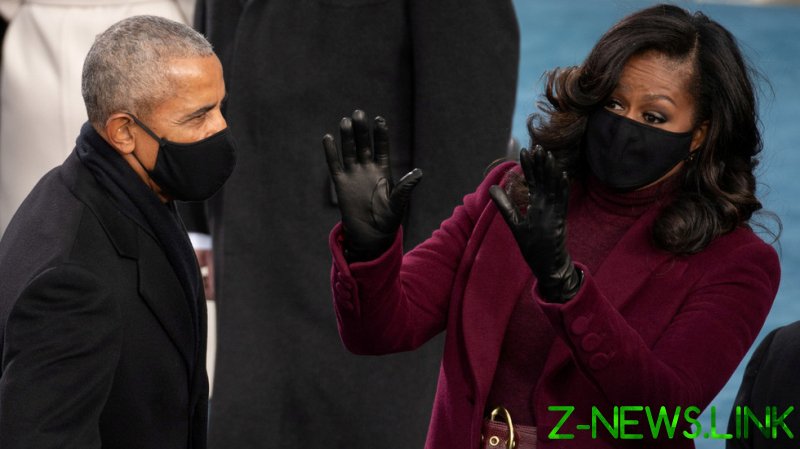 Jefferson was the author of the Declaration of Independence and the third US president, but he also owned slaves – so Waukegan decided to take his name off a middle school last year, amid the George Floyd protests across the US.

The proposal to rename the school against the country’s first African-American president, however, hit the unexpected snag in the form of advocates for “undocumented” immigrants from Latin America.

Ahead of Tuesday’s meeting of the city’s school board, activists sent out a press release denouncing Obama as the “Deporter in Chief” and saying his 2.5 million deportations of people in the US illegally was “far more than any previous president in our history.”

“For us, having the Deporter in Chief’s name is painful for the community,” said Julie Contreras, an activist who led the protest. Contreras runs United Giving Hope, described by local media as a group that “runs shelters for undocumented children” at the US-Mexico border.

“We feel that Barack Obama did disservice to us. He denied us, and he didn’t stop the deportations, the way he promised,” Contreras said, according to Chicago’s WLS-TV.

“If you’re removing the name of Thomas Jefferson – one oppressor – the name of Obama is another oppressor and our families do not want to see that name,” she added.

Local resident Oscar Arias urged the board to “drop the names of Barack and Michelle Obama from consideration,” arguing that Obama’s presidency is “filled with hostility against the immigrant community,” WGN-TV reported.

Edgar Castellanos, who said he came to the US illegally as a child and is now a District 60 school board member, said he would not vote to rename a school “after someone who did not and does not represent the undocumented community.”

There didn’t seem to be much of a distinction between immigrants who came to the US legally or those who did not, euphemistically known by activists and the media as “undocumented.”

Waukegan is a city of some 86,000 residents in northern Illinois, located just south of Kenosha, Wisconsin on the shores of Lake Michigan. Almost 20% of its population is African-American, but more than 52% listed Spanish as their primary language.

After the Black Lives Matter protests began in May 2020, the local school board launched a review of public school names, examining all 22 but finding only two problematic: Jefferson and Daniel Webster, a 19th-century New England statesman now accused of “defending slavery.”

The three finalists for the new name of the Jefferson Middle School were the Obamas, the late civil war activist and Democrat Congressman John Lewis, or the Hispanic labor activists Dolores Huerta and Cesar Chavez. Local media reported that most local activists seemed to favor Lewis – leaving unsaid that Huerta and Chavez were vocally opposed to illegal immigration.