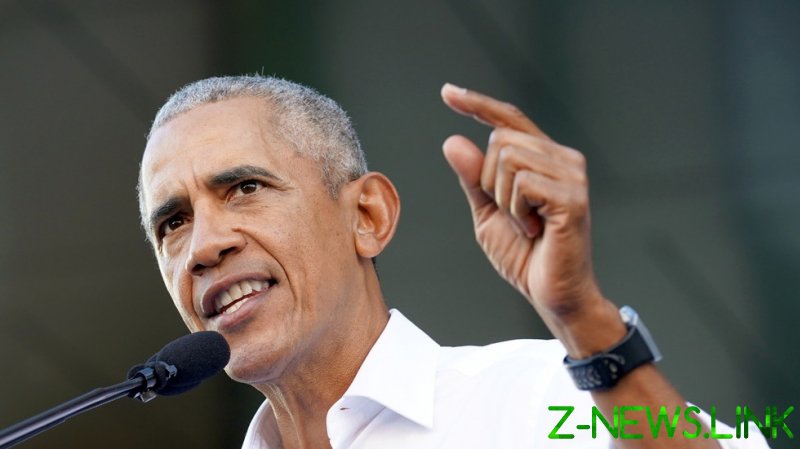 “You have to ask yourself: Why is it that Republicans don’t want you to vote?” Obama asked on Saturday while campaigning for Virginia gubernatorial candidate Terry McAuliffe. “What is it that they’re so afraid of? You know, I would assume, if they think they’ve got better ideas, why don’t they just go make the case?”

Obama was referring to election-integrity laws passed this year by Republican-controlled state legislatures around the country. He didn’t specify how such measures would stop people from voting in a nation where photo identification is required to drive a car, board a flight, get vaccinated, pick up a prescription, hold a bank account, get a job or receive public benefits.

Nevertheless, Obama argued that Republicans apparently don’t want to persuade voters with winning ideas. “Tell us your ideas,” he said. “Tell us why you think they’re gonna be better. Tell us how it’s gonna help that man get a job or help that young person go to college or help that person get a trade.”

Obama and other party leaders have argued that the new state election laws are efforts to suppress voting by predominantly Democrat voters. He went so far in June as to suggest that the GOP is not only changing rules needed to maintain a “diverse, multiracial democracy,” but also “rigging the game” in a way that is “not going to be good for business, not to mention for our soul.”

The claims seem to reflect a radical change in views since 2016, when Obama said Trump was “irresponsible” and threatened to undermine “integrity and trust in our institutions” by alleging that the presidential election could be “rigged” in favor of Democrat candidate Hillary Clinton. He added that “no serious person out there would suggest somehow that you could even rig America’s elections.”

Clinton took the theme a step further, saying Trump was “threatening our democracy” by refusing to unconditionally pledge to accept the election result. The same political sermons were preached in 2020, as Trump was bashed as a threat to the American system of government for making claims of widespread election fraud and not conceding defeat to Democrat Joe Biden.

In Saturday’s campaign speech for McAuliffe, Obama appeared to meld the notions of attacking election integrity and condemning those who do the same. In the next breath after accusing Republicans of trying to rig elections, the former president accused the GOP of “fabricating lies and conspiracy theories about the last election, the one you didn’t win. That’s not how democracy is supposed to work.”

Obama then returned to defending the sanctity of the American election system. “Our democracy is what makes America great. It’s what makes a shining city on a hill. This extraordinary experiment in self-government, and protecting that and preserving that, that shouldn’t be a partisan issue. It didn’t use to be.”