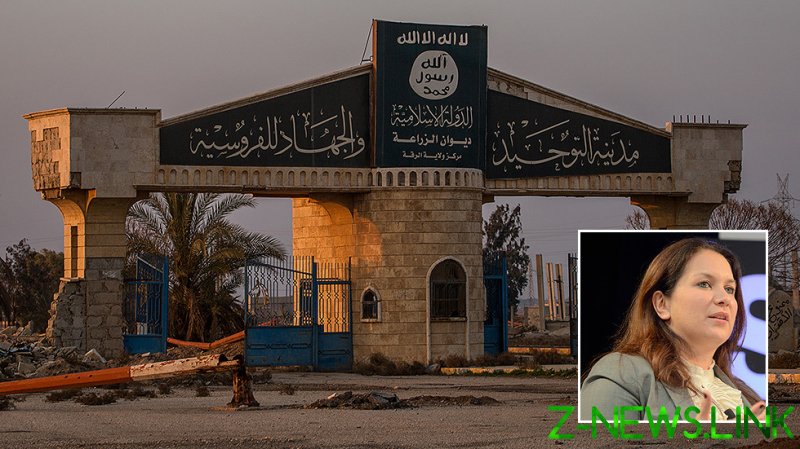 The ‘paper of record’ has come clean about the festering hoax at the center of its 2018 hit podcast ‘Caliphate,’ officially retracting the series on Friday and reassigning lead reporter Rukmini Callimachi off the terrorism beat.

The podcast’s central narrative thread, purporting to be an “eye-opening account” of one man’s journey from Canada into the ranks of Islamic State (IS, formerly ISIS/ISIL) in Syria, was largely fabricated, the New York Times admitted, acknowledging the central character had probably never been to Syria at all, let alone committed the grisly atrocities he described in detail on the podcast.

The paper’s statement explained that Shehroze Chaudhry – the Canadian 25-year-old who presented himself as a fearsome IS executioner named Abu Huzayfah – was not only not a terrorist, but during the years he claimed to have spent slaughtering Syrians he was actually working at his family’s kebab shop in Toronto or living with his grandparents in Pakistan.

Canadian authorities charged him in September with perpetrating a terrorist hoax, a crime that carries a maximum sentence of five years’ imprisonment, after a four-year investigation. Ottawa claims it had knowledge Chaudhry was making the whole thing up even as Caliphate launched in 2018 – but could not share the information at the time because the investigation was ongoing. Among the more obvious pieces of evidence for the “terrorist”’s tall tales were the photos he posted, supposedly featuring his partners in crime, that were actually shot by news photographers and activist groups.

The NYT tried to spin its failure to dig into the details of ‘Huzayfah’s story as responsible journalism, claiming that “significant falsehoods” had been discovered even while the series was being produced but that it nevertheless opted to continue instead of pulling the plug. The paper did a full episode “devoted to exploring major discrepancies” and highlighting the Times’ (abysmally flawed) fact-checking process.

Chaudhry reportedly changed his story more than once when confronted with some of those “discrepancies,” a fact that failed to set off alarm bells among Callimachi’s superiors.

But according to an internal investigation by senior investigative editor Dean Murphy, Callimachi and the rest of the podcast’s producers deliberately looked the other way when inconsistency after inconsistency arose in Chaudhry’s story. Indeed, it wasn’t until Canadian officials filed the charges against him that the New York Times even publicly acknowledged there might be a problem – and even then, its writeup of the charges was dripping with skepticism.

Even as Chaudhry was telling Canadian investigators he had never participated in any of the killings he’d bragged about in such lurid detail on the podcast, the Caliphate series was pulling down award after award, being named as a finalist for the Pulitzer Prize and winning a Peabody in 2019. Callimachi herself has been nominated for a Pulitzer four times for her terrorism reporting, a trend editor Dean Baquet acknowledged would have to come to an end.

In what seems to be a last-ditch effort to save face, the NYT still insisted it was possible Chaudhry at least went to Syria – even though examination of his financial and travel records and social media posts leaves an impossibly brief window for the wannabe terrorist to have joined, trained with, committed atrocities on behalf of, and plotted attacks on the West with IS.

The New York Times has a long history of falling for “too good to be true” false narratives, from the ‘weapons of mass destruction’ hoax that helped launch the Iraq War to the never-ending stream of bogus Russiagate “revelations.” Like the reporters responsible for those falsehoods, Callimachi has defended her reporting by pointing out that “multiple” US intelligence agents backed some of the dodgiest parts of her narrative.