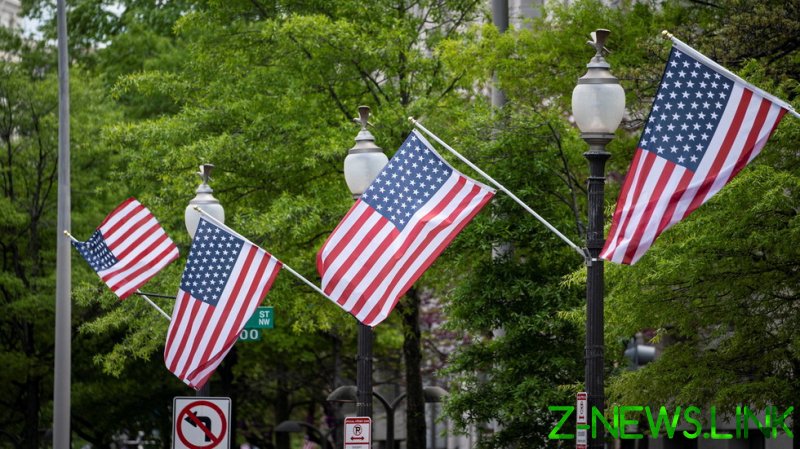 During a Tuesday appearance on Morning Joe, Gay targeted Trump supporters, some of whom she described as hateful, displaying flags with expletives next to President Joe Biden’s name and pro-Trump banners, when discussing investigations into the January 6 Capitol riot.

“The reality is here that we have a large percentage of the American population – I don’t know how big it is, but we have tens of millions of Trump voters who continue to believe that their rights as citizens are under threat by simple virtue of having to share the democracy with others,” she said.

Gay went on to say “Americanness” and “whiteness” are interconnected and need to be separated.

“I was on Long Island this weekend visiting a really dear friend, and I was really disturbed. I saw, you know, dozens and dozens of pickup trucks with explicatives [sic] against Joe Biden on the back of them, Trump flags, and in some cases just dozens of American flags, which is also just disturbing… Essentially the message was clear: This is my country. This is not your country. I own this,” she said.

Trump supporters, Gay continued, are a real “threat” to democracy, but a “minority.”

“That is the real concern. Because, you know, the Trump voters who are not going to get onboard with democracy, they’re a minority. You can marginalize them, long-term. But if we don’t take the threat seriously, then I think we’re all in really bad shape,” she said.

Gay did not receive any pushback on the show for her comments, but later found herself facing an onslaught of criticism and accusations of hating her own country as clips of the liberal pundit spread.

“If you go around interpreting the display of American flags in America as some kind of personal/political affront to you, consider that the problem may be your own neuroses,” conservative commentator Michael Tracey tweeted.

Chiming in later in the day, the New York Times argued that Gay’s comments had been “irresponsibly taken out of context.”

“Her argument was that Trump and many of his supporters have politicized the American flag. The attacks on her today are ill-informed and grounded in bad-faith,” the paper said through its official PR account.