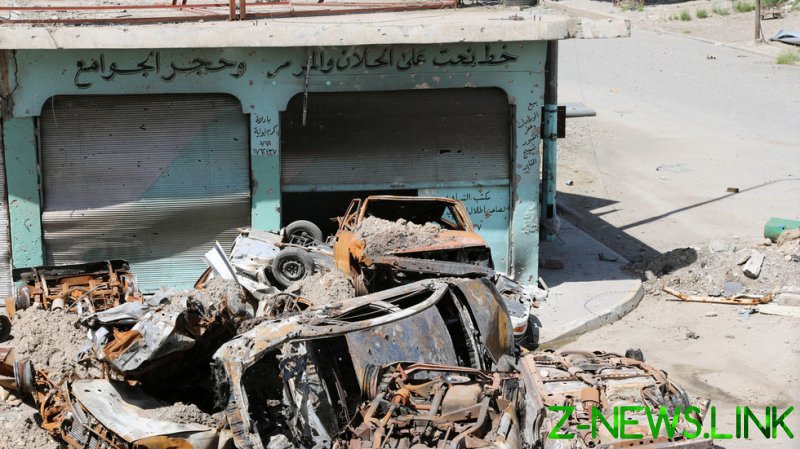 The New York Times investigation, first part of which was released on Monday, draws on over 1,311 casualty assessment reports that were previously kept under wraps by the Pentagon. Having reviewed the files and visited “nearly 100 casualties sites” in Iraq, Syria and Afghanistan, the Times reported that the US military more than often dismissed reports of civilian casualties as non-credible despite failing to visit the sites themselves or speak to the witnesses.

The Times revealed that in 216 instances where the Pentagon found the reports of civilian casualties “credible,” its investigators visited the actual site of the bombing in only one case. None of the investigations resulted in any penalties for those responsible for the strikes, and only one “possible violation” in mapping out a strike was identified by the Pentagon.

The Times investigation also revealed that trigger-happy US troops tended to rely on “incorrent or incomplete” intelligence to hit “terrorist” targets, sometimes killing dozens of civilians instead. The phenomenon known as “the confirmation bias” sees US troops interpreting scant intelligence so that it affirms their “pre-existing beliefs” about the targets.

For instance, in a strike in 2015 in Iraq the US forces killed a child after identifying him as “an unknown heavy object” who was being “dragged” to a supposed Islamic State (IS, formerly ISIS) position by an alleged militant.

Sloppy targeting practices saw some 120 Syrian villagers perishing in a US strike on July 19, 2016, according to the Times’ investigation. At the time of the strike, the Pentagon apparently thought that some 85 militants were killed in the bombing instead, even though it took place “far from the front line.” In another botched strike, an American warplane killed an entire family escaping West Mosul in 2017, mistaking the civilian vehicle with two children for a car bomb.

Even in the instances when the US acknowledged civilian casualties, it was not in a hurry to pay compensation to the victims, with the Times reporting that “fewer than a dozen condolence payments were made.”

The Times points out that the multiple lapses in the US air campaign cannot be discounted as “outliers,” but rather represent a common trend in “a sharp contrast to the American government’s image of war waged by all-seeing drones and precision bombs.”

“Since 2014, the American air war has been plagued by deeply flawed intelligence, rushed and imprecise targeting and the deaths of thousands of civilians, many of them children,” the outlet noted.

While the Pentagon claims that a total of 1,417 civilians perished as result of the US  bombing campaign in Syria and Iraq, and 188 civilian have been killed since 2018 in Afghanistan, the Times estimates the civilian death toll to be significantly higher.

“Many allegations of civilian casualties had been summarily discounted, with scant evaluation. And the on-the-ground reporting — involving a sampling of cases dismissed, cases deemed “credible” and, in Afghanistan, cases not included in the trove of Pentagon documents — found hundreds of deaths uncounted”.