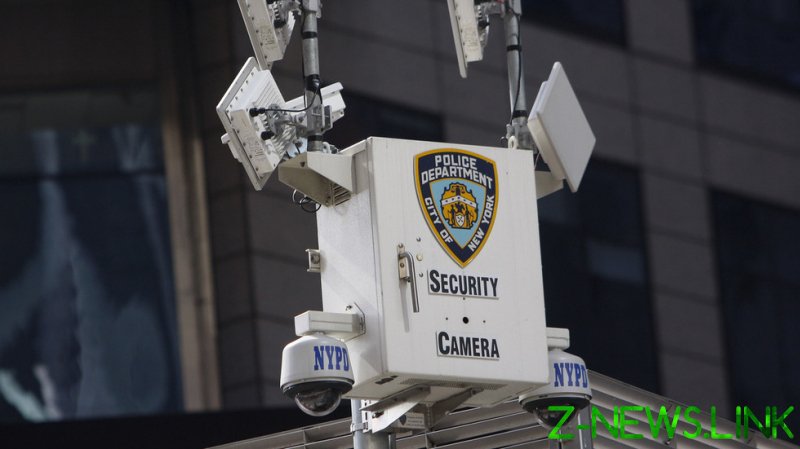 That year, the force entered into a “memorandum of understanding” (MoU) with the comptroller’s office – the city’s chief auditing agency – and the Office of Management and Budget that allowed it to bypass New York City council approval and keep details about its expenditures under this fund from official scrutiny.

The paperwork, which was made public by civil rights groups Legal Aid Society (LAS) and the Surveillance Technology Oversight Project (STOP), includes contracts, vendor agreements, bids, maintenance requests and special memos – all of which are heavily redacted.

According to the groups, this flouts the Public Oversight of Surveillance Technology (POST) Act passed by the city council last year that nullified the 2007 MoU and required the NYPD to reveal surveillance-related expenses, how it uses these tools to monitor New Yorkers and how it protects the collected information.

In response, the NYPD said the documents had been released before POST came into effect and maintained that “no [other] police department or federal agency has gone to the level of depth and transparency on law enforcement tools used in the field.”

However, STOP executive director Albert Fox Cahn countered that the NYPD hid its surveillance spending “not to protect us, but to protect its bottom line.”

Another noteworthy expenditure was a three-year, $750,000 award in 2016 to American Science and Engineering for mobile X-ray vans, which can scan vehicles for weapons but have been deemed by health officials to be a cancer risk on account of the high amounts of radiation emitted.

The NYPD has reportedly used the vans for years but has cited security reasons in its repeated refusals to disclose how and where they are deployed. The department has also been sued over another item on the list – “stingray” devices that mimic cellphone towers and allow phone users to be tracked. The released documents include contracts signed with the device’s supplier, KeyW Corporation.

In June, Amnesty International revealed the scale of the NYPD’s camera surveillance – pointing out that it uses facial-recognition tech and more than 15,000 cameras in the boroughs of Manhattan, Brooklyn and the Bronx to track people.