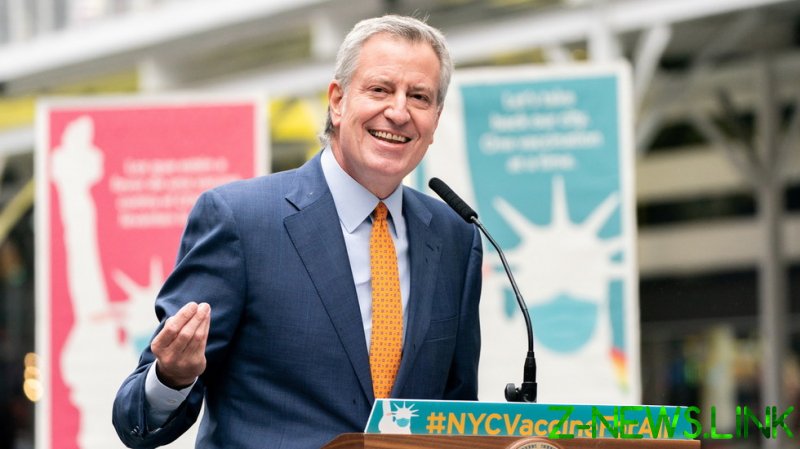 “I want you to look at these french fries and think about how great it is to get vaccinated,” de Blasio said after munching on some himself in front of the cameras. He then chowed down on a burger for breakfast.

“Mmmm… vaccination,” he said after his bite.

The cringeworthy bit was part of a campaign from fast food chain Shake Shack offering free fries over the next month to people who can prove they have received their Covid-19 vaccinations.

Shake Shack CEO Randy Garuitti also said those who get inoculated in New York City will receive a voucher for a free burger in addition to the fries.

The city has been trying to incentivize people to get vaccinations with the offer of gift cards and even tickets to Brooklyn Cyclone games.

The offers aren’t quite as grand as other incentives out there, however. Amazon announced on Thursday a plan to pay new hires a $100 bonus if they can prove they are vaccinated, and other large companies such as Target have offered to pay employees their hourly wages to get their shots or to get inoculated during work hours.

De Blasio isn’t the only politician coming up with ways to push for vaccinations. Ohio Gov. Mike DeWine set up a lottery of sorts for those who get vaccinated that gives participants a chance to win a $1 million prize.

De Blasio’s promise of free fast food fries seemed small by comparison, according to many critics, and his bizarre and greasy press conference was even more perplexing.

“Is there nothing this man cannot ruin?” one user tweeted.

“Who among us has not wanted a Shake Shack burger at 10:30 AM?” another asked.

De Blasio’s burger moment was not the first time his eating choices made headlines. He previously confused critics by eating a slice of Staten Island pizza in 2014 with a fork and knife.