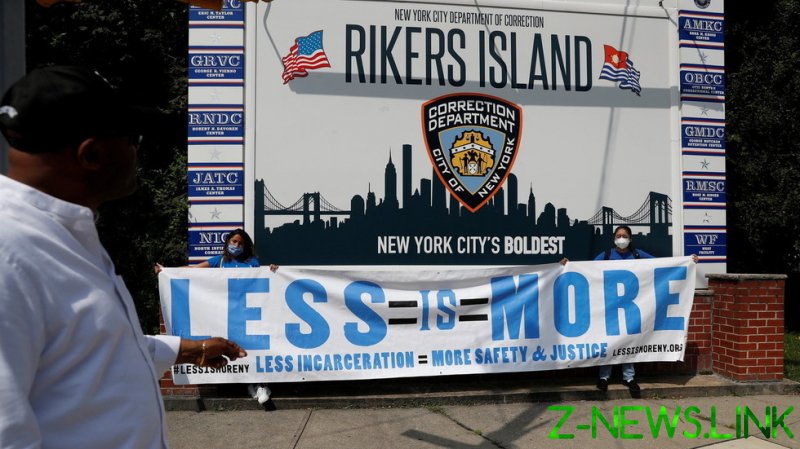 The Less Is More Act, as it’s called, is designed to end the re-imprisonment of individuals for “technical parole violations,” one of the primary contributors to the island jails’ overcrowding, according to Hochul. “Parole in this state often becomes a ticket back into jail because of technical violations,” she explained, describing these as “someone was caught with a drink or using a substance or missing an appointment.”

The law itself does not go into effect until March, but Hochul has ordered the state parole board to immediately release 191 individuals on Friday and to move 200 more to state prisons over the next five days in the hope of relieving some of the overcrowding for which the facility is notorious.

However, Rikers, which consists of multiple jails, will still be considered critically understaffed. Some 2,700 employees, constituting a third of the entire staff, are supposedly unable to work on any given day, which has reportedly led to some units being literally run by the inmates themselves and contributing to outbreaks of violence. Where guards are present, they are forced to work inhumanly long hours, including double or triple shifts. There have been 10 inmate suicides since December alone, and some units are said to be run entirely by their criminal inhabitants.

The facility itself has been described by employees as “filthy” and covered with bodily fluids on the walls and floors. The degree to which circumstances have deteriorated inside Rikers surprised even Correction Department commissioner Vincent Schiraldi, who acknowledged during a City Council hearing earlier this week that the situation was “worse than I imagined.”

Covid-19 cases are also said to be on the rise inside the jail, with 65 cases as of this week. The overcrowding makes it impossible to quarantine or isolate suspected cases, Board of Correction member Dr. Robert Cohen told the council members during the hearing.

Hochul took over as governor last month after Andrew Cuomo resigned in disgrace amid a flurry of sexual harassment allegations as well as charges that he deliberately endangered tens of thousands of elderly New Yorkers by ordering Covid-19-positive patients into nursing homes. While she has struggled to keep up with the myriad crises facing New York at any given moment, Hochul promised the day’s prisoner release would not be the end of her efforts to relieve overcrowding in the state’s jails, noting that plenty of other inmates met “that threshold” of having technically violated parole without committing a separate offense.