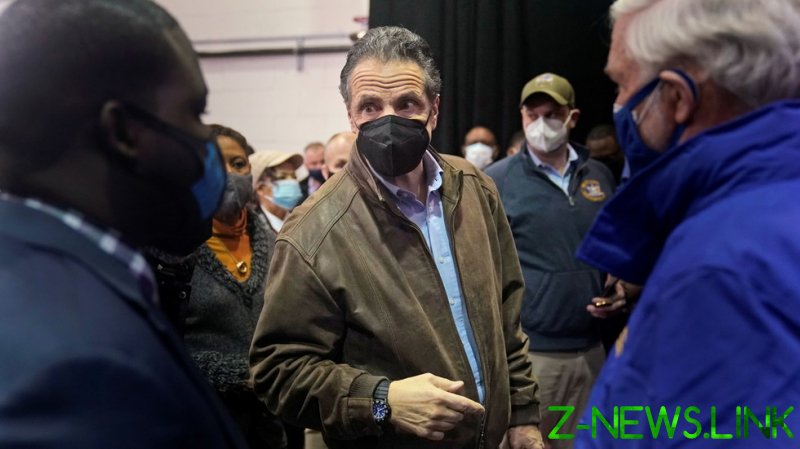 James has received the letter from the governor’s office that she needed to open an independent investigation into Cuomo’s alleged sexual harassment, her office revealed on Monday. Cuomo will not receive weekly updates on the probe; however, the investigation’s findings will be made public at its conclusion.

Cuomo’s office had previously called on James to “select a qualified private lawyer to do an independent review of allegations of sexual harassment” on Sunday, the latest of several requests that have been turned down by the AG’s office. However, while James pointed to state law allowing her office to perform the investigation, she also pledged via Twitter to “hire a law firm, deputize them as attorneys of our office, and oversee a rigorous and independent investigation.”

A second former aide came forward over the weekend to accuse Cuomo of harassment, noting he had asked her probing questions about whether she had ever “been with an older man” (she was 25 at the time, while Cuomo was 63) among other unwelcome sexual comments. Fellow former Cuomo aide Lindsey Boylan came forward in December only to be largely ignored – until revealing last month that the governor had kissed her without her consent, jokingly suggested a game of strip poker, and repeatedly referred to her by the name of his ex-girlfriend.

Other odd remarks – such as Cuomo’s caught-on-film insistence that a female reporter “eat the whole sausage” that he’d bought for her, complaining “there’s too much sausage in that picture” and otherwise making what could be interpreted as crude sexual innuendos – were dismissed as mere banter by both parties. Cuomo, keeping in character, has avoided apologizing, instead playing the ‘sorry not sorry’ card of apologizing for others who mistakenly felt uncomfortable at his “teasing” and “being playful.”

The sexual harassment scandal comes on the heels of revelations that Cuomo’s office concealed the extent of the coronavirus epidemic raging in the state’s nursing homes, using some creative accounting to reclassify thousands of nursing home deaths as hospital deaths. Despite Cuomo’s bullying and intimidation tactics – widely exposed by everyone from Boylan to New York City Mayor Bill de Blasio – a bipartisan group of lawmakers was already calling for his resignation before Bennett came forward with her harassment claims. The FBI has also gotten involved, though no charges have yet been filed regarding the nursing home issue.

Cuomo’s scandals are hitting the governor in his wallet, as well, with major backers of the three-term governor suddenly getting cold feet about continuing support to the incumbent. One financial executive who declined to be named told CNBC that “no one is giving to him now. Everything is on hold.” Even the Biden White House and House Speaker Nancy Pelosi have voiced support for an independent investigation into the Cuomo allegations, mere months after embracing the governor as the antithesis of then-president Donald Trump. The governor even won an Emmy for his coronavirus briefings.

The tide appears to have turned regarding his favorability, however. While Cuomo has many well-heeled donor friends, he has never been popular among working-class New Yorkers or the progressive wing of the Democratic Party, who have dubbed him “Governor One Percent” for his slavish devotion to the state’s wealthy inhabitants. Now that those inhabitants have either fled the state entirely due to his draconian lockdown regulations or have shut off the cash spigot due to the harassment issues, his reelection in 2022 looks a lot less certain.