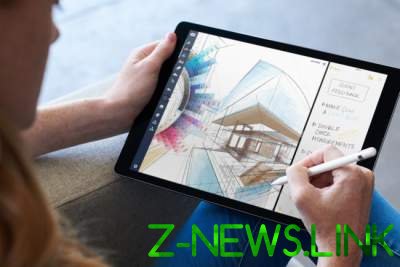 Technology from Nvidia allows the user to become a artist without any experience.

Nvidia has presented at the conference GTC 2019 amazing technology that will help anyone become a Pro at drawing landscapes. A special algorithm of neural networks allows for a couple of clicks of the mouse to draw photorealistic images of nature, indistinguishable from the real pictures.

Software called GauGAN, automatically converts the sketches drawn in Paint or any other simple graphics program in the magnificent coastal views of the sunset and mountains in the background. Moreover, the transformation of the sketch into masterpiece takes less than a second. Development Nvidia is a demonstration of what a platform neural networks of the company.

The user does not need to know the features of the architecture of neural networks or specific knowledge of the computer. The program interface is very simple – there are only three tools: the fill pen and the brush. A visa is a suggested list of thumbnails, which will be the target GauGAN. Take the tool, do a simple outline, and the program will be for you to form detailed images: filled upper part in blue – you will get photorealistic clouds, painted over the lower part of the green program will generate vegetation, painted on blue stripes – it is converted to a beautiful waterfall.

GauGAN is also a multimodal application. If two users create the same sketch with the same settings, the random selection built into the project, ensures that the output will be two absolutely different pictures.

Nvidia uses about a million images on Flickr for training the neural network. The company says that this program is able to synthesize hundreds of thousands of objects and their relationships with other objects in the real world. If GauGAN to change the season from summer to autumn, the leaves disappear from branches, or if the tree is a pond, a tree will be reflected in the water.

To obtain results in real time GauGAN works on a computer platform of the Tensor. Nvidia demonstrated this software on the platform of the GPU RDX Titan, which allowed him to obtain results in real time. However, Vice President for applied research in the field of deep learning, Brian Catanzaro, said that it is enough to make some small changes and GauGAN will be able to work on virtually any platform, but the display results will require several seconds.

Catanzaro hopes that this software will soon be available in the service Nvidia Playground. But before the official release of the project, the company needs to do some work. He believes that such tools will be in demand not only among ordinary users, but also will be useful tools for developing video games, for example, to create more exciting levels with realistic surroundings.