Nurmagomedov Kadyrov said about the terror of Imam Shamil 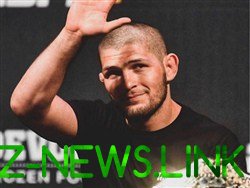 The Russian fighter of the mixed style of Khabib Nurmagomedov said the head of Chechnya, Ramzan Kadyrov, the criticism of Imam Shamil, who fought a war with Russia in the 19th century.

Your post Nurmagomedov has published in Instagram. He stressed that Imam Shamil was a man, whose body had 10 wounds through, which he received on the battlefields. Well as athlete it’s a shame that he doesn’t even look like a legendary fighter with Russia.

With Nurmagomedov agreed to such fighters as Scored Magomedkerimov, Magomed Ismailov and Islam Makhachev.

Previously Kadyrov in his interview with “Chechnya today” noted that Imam Shamil and his struggle against Russia has brought trouble on the Chechen people, which led to the deaths of almost half the population of the then Chechen Republic.