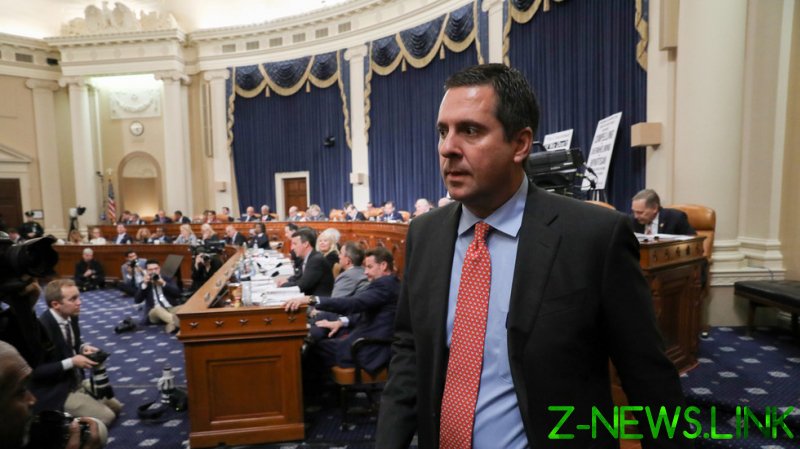 Citing “a disturbing trend at the National Security Agency,” House Minority Leader Kevin McCarthy announced on Wednesday that he has asked fellow California Republican and ranking member of the House Permanent Select Committee on Intelligence (HPSCI) Devin Nunes to “investigate and find answers on behalf of the American people.”

“Although NSA publicly denied targeting Carlson, I have serious questions regarding this matter that must be answered,” McCarthy said, saying that the agency “cannot be used as a political instrument.”

The Fox News host, whose show routinely dominates the 8 pm ratings slot, has long been a thorn in the side of the US political establishment. Not just Democrats, either; back in May, Carlson embarrassed McCarthy himself with an expose of his connections to pollster Frank Luntz.

This week, however, things took a more sinister turn – as Carlson said the NSA was reading his texts and emails, and sought to leak that information in an effort to have his show pulled off the air.

NSA responded on Tuesday, with a statement saying Carlson is “not an intelligence target,” which the Fox News host rejected as “infuriatingly dishonest” and “an entire paragraph of lies.”

By Wednesday, Congressman Rep. Matt Gaetz (R-Florida) on the House Judiciary Committee called for an “inspector general investigation into any monitoring that the NSA or any other element of the intelligence community is engaged in” related to Carlson. It was after this that McCarthy announced he wanted Nunes involved.

Nunes famously oversaw the HPSCI Republican effort to investigate the claims that President Donald Trump’s campaign was spied on. In a memo published in early 2018, Nunes confirmed reports that the FBI was indeed spying on Trump, via aide Carter Page. Democrats denounced Nunes as a “Russian agent” and demanded his removal from the committee, but he ended up being fully vindicated.

As evidence that was made public later confirmed, the FBI used the so-called Steele Dossier to obtain a Foreign Intelligence Surveillance Act (FISA) warrant to spy on Page back during the 2016 election, and later extended it three times in 2017 – to spy on Trump long after Page left the campaign. The Steele Dossier itself was exposed as a work of fiction, written by a British spy who was paid – via several intermediaries – by Hillary Clinton’s campaign and the Democrats.