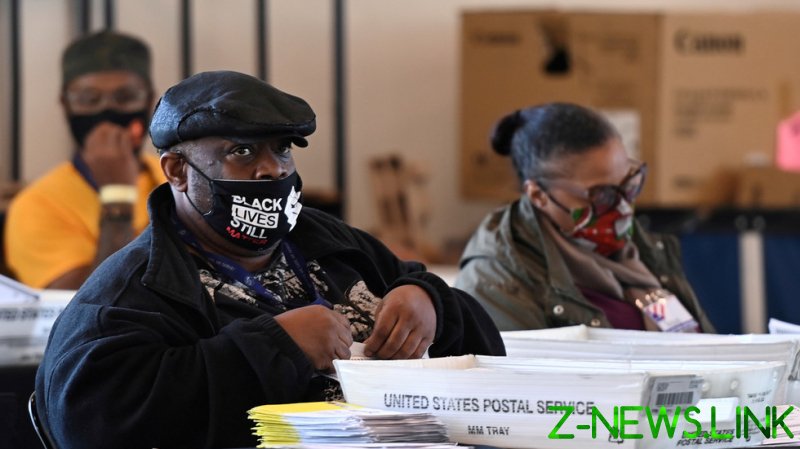 He added that he trusts that the vote count in Georgia is “correct.”

“I live by the motto that numbers don’t lie. As secretary of state, I believe that the numbers that we have presented today are correct,” he said.

“Close elections,” Raffensperger said, “sow distrust” because “people feel their side was cheated.” Biden won Georgia by just over 12,000 votes, according to the official recount.

Announcing the certification of the election later on Friday, Raffensperger boasted about Georgia being a “national leader” in elections and praised the record turnout in 2020.

He had to send out a correction shortly thereafter, however, saying that the certification process was still ongoing but would be completed later on Friday.

Raffensperger’s announcement dropped hours after the Associated Press officially called Georgia in Biden’s favor, a move the Trump campaign slammed in a public statement from senior legal adviser Jenna Ellis, who claimed the state recounted illegal ballots in their audit.

“This so-called hand recount went exactly as we expected because Georgia simply recounted all of the illegal ballots that had been included in the total,” she said.

President Trump has claimed he would have won in Georgia if not for voter fraud. Thousands of new votes were found in the recount, but they did not sway the outcome in his favor. Trump previously tweeted he did not have faith in Georgia’s recount and slammed it as a “joke.”

Biden’s victory in Georgia marks the first time a Democrat presidential candidate has won the state since 1992.

Trump continues to refuse to concede the race to Biden, claiming voter fraud occurred in multiple states, including Michigan, Wisconsin, and Pennsylvania.

The president’s lawyers, including Rudy Giuliani, presented their case for fraud during a Thursday press conference, citing numerous allegations, including Republican poll watchers not being allowed to properly observe counting, that Trump ballots were dumped, and thousands more fraudulent ballots were counted.