Now the most valuable graphene can be obtained from simple garbage

2 weeks ago Science and technology 1 Views 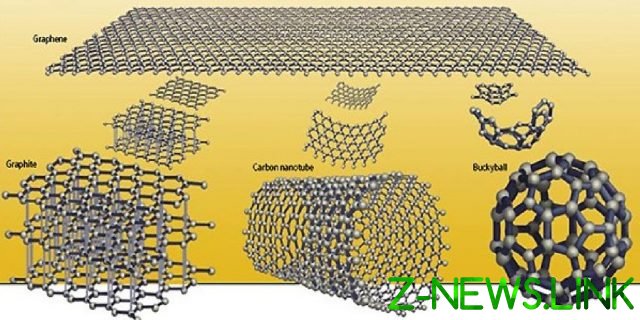 Researchers from rice University have managed to create graphene not costly purified starting materials, and household waste. Moreover, this valuable material can be obtained by weight and not several tens of grams per day, as with the traditional method.

With the new method, even the carbon derived from food waste, plastic and scraps of wood can become a source material for obtaining high-quality graphene. This technological breakthrough has both environmental and market perspectives, said resource Inhabitat.

“Given the current commercial price of graphene from 67 thousand to 200 thousand dollars per ton, the prospects of a new process look great,” – said in an interview with the Engineer head of the research group of James Tour. He became one of the founders of Universal Matter, Inc., who is going to commercialize the technique.

Than graphene so valuable

Graphene is highly regarded in areas such as manufacture of batteries, electronics, semiconductors, and others. The reason is in outstanding mechanical, electrical and thermal properties of the material. Graphene is a ultra-thin sheets or films with pure carbon atoms, which are used to create high strength materials.

For many decades, graphene existed only in the conceptions of theoretical physicists. Only in 1962 he was able to see with an electron microscope. However, the instability of graphene has led to the fact that he was still only more or less successful experiment.

That all changed in 2002, when Professor of physics at the University of Manchester Andre Geim discovered graphene again. He decided to lay the carbon atoms not in one but in several layers, which gave the material the necessary stability. Thus, the Game was the first produced graphene in significant quantities. In 2010, the scientist was honored for his pioneering work of the Nobel prize in physics.

However, the cost of obtaining graphene remained prohibitive. Why? Creation methods this material, as noted in the publication Chemical&Engineering News, demanded “expensive substrates on which to grow graphene, and reagents such as methane, acetylene, and organic solids that need to be cleaned before use.”

However, the latest method of rice University and the team of Universal Matter is fundamentally changing this situation. The technology of “treasures from trash” is a win-win from the point of view of production costs and preserve the environment.