Home / WORLD / Now scientists have confirmed that natural immunity is more effective than vaxxed immunity, why can’t I have my freedoms back?

Now scientists have confirmed that natural immunity is more effective than vaxxed immunity, why can’t I have my freedoms back? 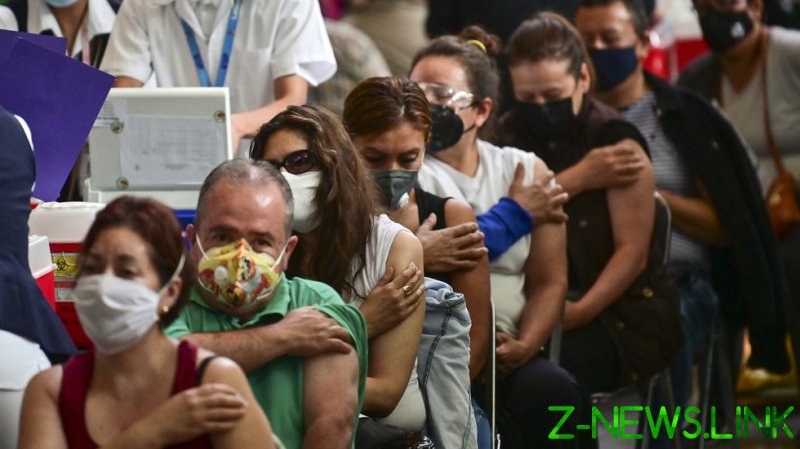 As someone who has recovered from Covid-19, I’m tired of spending the better part of a year now contending with brainwashed sheeple glued to every word of our flip-flopping, agenda peddling, manipulative government authorities trying to sell us on the idea that if you’ve already had the virus, you still need to get at least one approved anti-Covid jab.

The fact that governments can’t even agree on whether the Covid-recovered should get either one or two jabs to qualify for their government-issued QR code health pass, allowing them to live and travel freely as before this fiasco, should already make thinking people skeptical. Here in France, government propaganda requires the Covid-recovered to take just one jab to qualify for the national QR code health pass – which is insufficient for travel to my home country of Canada, which requires that all travelers be double-jabbed three months after any Covid infection.

But If I have evidence that my acquired immunity is equal to or superior to the jabs, then getting even a single dose implies potential risk for little or no reward – or even potential detriment. So why would I roll that dice? It’s not like hospitals are filling up with the unjabbed Covid-recovered. So why aren’t authorities acknowledging this and reacting accordingly to remove us from their jab treadmill.

An Israeli study is often cited to justify jabbing the Covid-recovered, claiming that they’re twice as protected from reinfection than if they relied solely on acquired immunity. But when you dig into the data, you realize that the odds of reinfection are already infinitesimal, and that two times nil is still nil.

Another study, published in the medical journal, Viruses, concluded that “compared with mRNA vaccination… natural infection induces a more robust humoral immune response,” meaning that the Covid-recovered have systems better primed with memory to respond to any future exposure even after blood antibody levels wane.

And in a bombshell undercover video sting published this week, Project Veritas revealed Chris Croce, a senior associate scientist at Pfizer, admitting on camera the advantage of acquired immunity over his company’s vaccine. “You’re protected most likely for longer since it’s a natural response,” Croce revealed.

Nick Karl, a Pfizer biochemist, told the undercover operative: “When somebody is naturally immune – like they got COVID – they probably have… more antibodies against the virus because what the vaccine is… that protein is just on the outside… It’s just one antibody against one specific part of the virus. When you actually get the virus, you’ll start producing antibodies against multiple pieces of virus, not only the outside portion but the inside portion, the actual virus, so your antibodies are probably better at that point than the vaccination.”

And that’s not all. “Israelis who had an infection were more protected against the Delta coronavirus variant than those who had an already highly effective COVID-19 vaccine,” wrote Science Magazine of the benchmark Israeli study from August (while still, bizarrely, claiming vaccinations were “vital”). Since then, we’ve learned that the effectiveness of these ‘highly effective vaccines’ – like Pfizer/BioNTech’s – wanes after six months.

In Pfizrael, sorry, Israel – the primary ground for Covid-19 jab experimentation according to Dr. Philip Dormitzer, vice president and chief scientific officer at Pfizer, who called the country a “sort of laboratory” – a record explosion of Covid infection has resulted in calls for a FOURTH dose, even as the double-jabbed who haven’t yet received their third jab started losing their QR code health pass privileges this week.

It looks like endless jab hell. So how about just giving the Covid-recovered our lifelong health pass already and leaving us alone so we can ignore this circus and move on with our lives? Why are you holding us hostage? Let me take my own ‘jab’ at answering that.

What’s clearly lurking behind the reluctance of authorities to acknowledge acquired immunity is the fear that if they just decided to leave us alone while subjecting everyone else to their endless jab and pony show, then an increasing number of people would eventually decide to find a way to deliberately catch and recover from Covid so they could be left alone, too.

The authorities are literally going against the science and lying to victims of Covid in order to avoid creating a benefit that others might seek out at a potential risk. Except that they themselves are responsible for creating the restrictive system from which people are now literally seeking out infection to find relief – if only to acquire a health pass good for six months so they’re able to access everyday venues and basic freedoms.

As Sir Walter Scott once wrote in his epic poem: “O what a tangled web we weave, When first we practise to deceive!” So maybe stop manipulating people in a lousy attempt at social engineering and start actually following your beloved ‘science’, rather than cherry picking it to suit your corrupt narrative, you inept clowns.