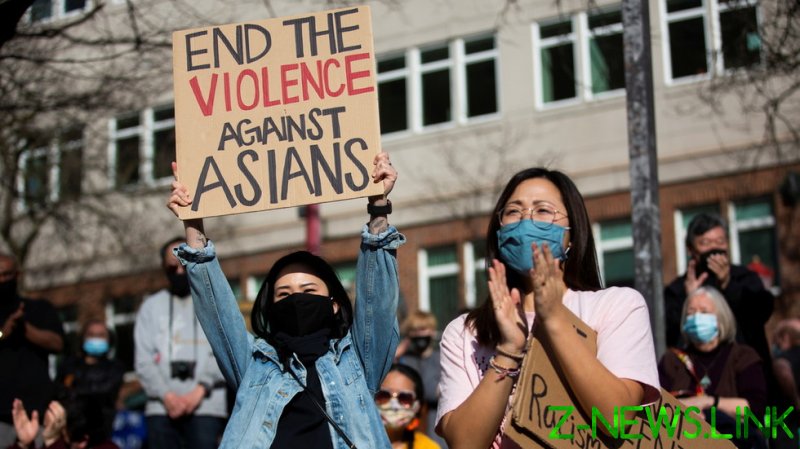 America woke up today to the appalling news of shootings at massage parlors in Georgia that claimed the lives of eight people, including at least six female victims of Asian origin, four of whom were Korean Americans.

A suspect has since been arrested. The specifics behind the killings are still under investigation, although it is being claimed ‘sex addiction’ may be to blame. Early speculation, though, had suggested that anti-Asian racism may have been behind the slaughter, and even if that proves not to be the case, the very idea that it was being considered as a potential motive is alarming, but perhaps not surprising.

It’s abundantly clear that anti-Asian sentiment has increased in the United States due to the impact of Covid-19 and Donald Trump’s confrontational policies against China.

This has led to a surge in reported racial hate crimes which have targeted Asian people from all backgrounds. Between March and December last year, nearly 3,000 incidents were reported by the advocacy group Stop AAPI Hate, which has even documented assaults on elderly people.

These figures are shocking, and it’s hard not to come to the conclusion that the Trump administration must bear some responsibility for exacerbating Sinophobia in the US on multiple levels, via the virus and constant fearmongering against Beijing in the pursuit of geopolitical goals.

There’s little sign of significant change under Joe Biden. The White House continues to politicize the virus and place accountability on Beijing, albeit in a more refined manner, and has accepted Trump’s new anti-China consensus.

Diseases have a long history of being tied to xenophobia and racism. It is a well-established trait that a given community blames a pandemic on another group that it believes to be dirty, uncivilized and inferior, believing that such an event could not have occurred otherwise. Therefore, a logic of accountability is invoked against this ‘other.’ This mindset exists within a broader orientalist discourse of ‘east vs west’ and, by extension, popular beliefs concerning China and Chinese culture.

When Covid-19 struck the west, some politicians sensed an opportunity to invoke this racist sentiment in order to deflect blame towards China, coating it with the disguise of criticizing the country’s political system. The Trump administration sought to use it extremely aggressively, not only to excuse itself of blame – an understandable diversionary tactic, with more than 500,000 Americans now dead – but also to forcibly re-write US foreign policy and steer it permanently towards hostility towards Beijing.

As a result, Trump and former Secretary of State Mike Pompeo heavily pushed the meme of the China virus and blamed Beijing for the catastrophic situation in the US, invoking all kinds of conspiracy theories in the process. Pompeo is still doing it even now.

Yet focusing only on the virus limits the scope of what they did. Yes, the virus was part of the problem, but it was a medium to greater, more sinister things. The administration and its lackeys in the media also whipped up extreme paranoia pertaining to all things China in the process. This included relentless accusations of espionage, which targeted Chinese academics and overseas students. Pompeo even stated that Chinese students who studied in the US were sent by the communist party. At every level, the White House promulgated hatred, and despite the focus on racial injustices thanks to the Black Lives Matter protests, received very little scrutiny for it.

It is no surprise that in such an environment, bombarded with negativity and hatred every day, that American perceptions of China have plummeted to a historic low. Actions, of course, have consequences, and what are those consequences? Although defenders of Trump have persistently argued that they are targeting the Chinese Communist Party and have claimed that they stand with the Chinese people, the surge in hate crimes related to Asian-Americans cannot be a coincidence. It is a product of the new and volatile political context that the Trump presidency engineered and, to some degree, Biden has simply inherited rather than disavowed.

Last week, in his address to the nation, Biden condemned the “vicious hate crimes against Asian-Americans who have been attacked, harassed, blamed and scapegoated.” But at the same time, members of the administration continue to politicise the virus. They do not use explicitly racist language such as “China virus” or “Kung-Flu”, yet Secretary of State Antony Blinken, for example, continues to follow essentially the same messaging of Pompeo by prolonging the idea that China is responsible for the situation in the US. This becomes a venting point for public anger, and continues to put Asian people in the firing line. The language may be a bit softer, a bit more polite, but they have not changed.

The pace of America’s vaccination roll-out may finally help society move on from the flames of hatred that Trump poured petrol over, but we have to be honest in accepting that anti-Asian sentiment has been fuelled by government policy as a whole, rather than just a pandemic.

Decisions made for geopolitical reasons are not detached from ordinary life; they have an impact on society’s outlook as a whole, especially in a democracy where the state is pushing to achieve public consent for its objectives. Therefore, you cannot legitimitize hostility towards China without grassroots consequences. The result is that America is becoming an increasingly hostile place not just for Chinese people, but for all Asians.