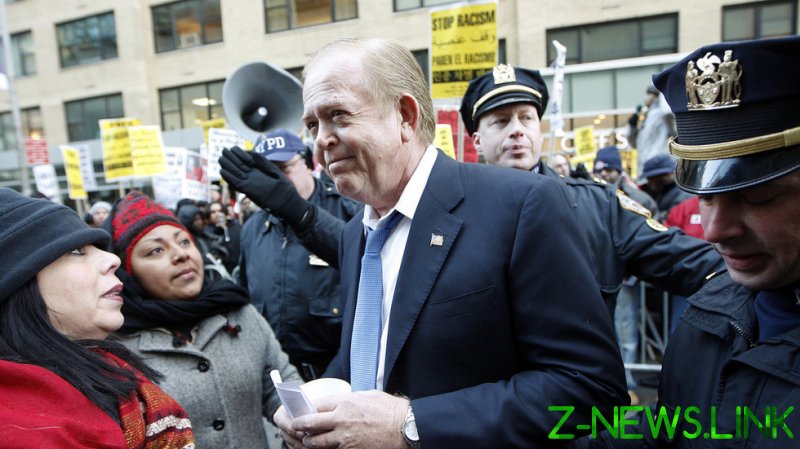 The axing of ‘Lou Dobbs Tonight’ follows a $2.7 billion defamation lawsuit from SmartMatic, a company behind voting software used in the presidential election, against Fox News and multiple hosts who aired election fraud conspiracy theories, including Dobbs.

A spokesperson for the network, however, did not name the lawsuit or controversies surrounding Dobbs’ election coverage – he aired a fact-checking clip on SmartMatic in December – as being reasons behind the cancellation, calling it part of “planned changes.”

‘Lou Dobbs Tonight’, which was described by the network as the “number one news program on business television,” will be renamed ‘Fox Business Tonight’ and go through rotating guests until a permanent replacement can be found. Dobbs remains under contract with the network.

One of Dobbs’ biggest supporters was former president Donald Trump, who regularly retweeted clips from the show while he was in office. He released a statement expressing support for the 75-year-old pundit.

“Lou Dobbs is and was great. Nobody loves America more than Lou. He had a large and loyal following that will be watching closely for his next move, and that following includes me,” Trump said.

Dobbs has been retweeting other messages of support since his cancellation, including some that are critical of Fox’s decision and chalk the move up to the network attempting to steer itself away from Trump-supporting conservatives.

Liberals have meanwhile flooded social media, celebrating not only Dobbs’ cancellation, but calling for boycotts and the firing of some of Fox’s other biggest hosts and most vocal conservatives, including Sean Hannity, Laura Ingraham, and Tucker Carlson.

“Crazy works… until it doesn’t. If @FoxNews were wise, this should be beginning of house-cleaning. Clearly, there’s a market for conservative TV, but with truth and sanity cemented in its foundation. January 6th changed the equation. If they are to survive, they must change too,” journalist Ron Mott tweeted.

Controversial veteran reporter Dan Rather predicted Dobbs was just the beginning, as did other media pundits, some noting that Dobbs’ high ratings should have been a “shield” and likely signify a major shift for Fox.