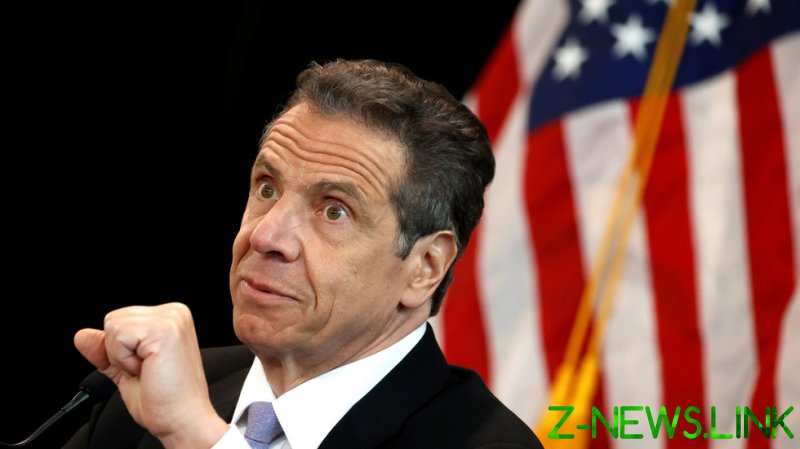 In a Monday press conference, Cuomo attempted to offer answers to looming questions. The governor has been under fire from critics for days after top staffer Melissa DeRosa appeared to confirm allegations that the administration was hiding nursing home deaths to protect itself from criticism over a highly-controversial March 25 order that forced nursing home facilities to accept positive Covid-19 patients.

“We were in a position where we weren’t sure if what we were going to give to the Department of Justice – or what we give to you guys [lawmakers]… was going to be used against us while we weren’t sure if there was going to be an investigation,” DeRosa reportedly said at a state Democratic Party meeting. The administration did not want to hand then-President Donald Trump a “giant political football.”

This is on top of reports that the state underreported nursing home deaths. In January, New York Attorney General Letitia James also accused the administration of underreporting those deaths by as much as 50 percent.

According to Cuomo, however, it all comes down to vague miscommunication. The governor claimed nursing home deaths were “always, fully, and accurately” reported, but that there was a delay in providing answers to “information beyond the place of death,” like whether a patient died from Covid-19 in a nursing home or went to a hospital first.

There was a delay in providing that information to the public, the press, and local lawmakers, Cuomo explained, because at the time his administration was fulfilling information requests for the Department of Justice, which was looking into the governor’s handling of the pandemic.

Though he was asked multiple times, Cuomo did not explain why his staff could not fulfill multiple requests for the same information. He simply said they were dealing with a pandemic and “everything was done by the best minds and the best interests.”

“The last thing I wanted to do was aggravate the situation,” he said when speaking about grieving families.

He apologized for creating a “void” that birthed “conspiracy theories” about his nursing home order.

Cuomo also claims he told local legislatures’ staff members about the DOJ priority, but some might not be aware because there could have been a “breakdown in communication” before the information could get back to them.

As for whether his order could have contributed to the over-15000 deaths of New Yorkers in long-term care facilities, Cuomo took no blame and instead claimed the staff at these facilities all brought Covid-19 in.

According to the governor, 98 percent of the 365 nursing homes to receive patients between March 25 and May 10 already had Covid-19 in their facilities. The spread, he theorized, could be chalked up to staff, as well as hospitals and nursing homes that performed “not so well,” making a point to say he will be looking at “for profit” nursing homes as he believes they sacrifice care in the name of profits and should be more strictly regulated on their profit margins.

Cuomo’s answers appear to have only infuriated critics more, with some flat-out calling him a liar and others seeing a leader simply blaming everyone but himself.

“We are not confused governor.  There are no conspiracy theories.  You are a criminal,” Fox News’ Janice Dean tweeted. With both of her in-laws passing in New York nursing homes early in the pandemic, Dean has become one of Cuomo’s most consistent critics and continues to accuse him of lying, even saying a source within the DOJ told her Cuomo was not providing the information he claims prevented him from fulfilling other requests.

Asked whether there should be an investigation into nursing home deaths and his administration’s reporting on them, Cuomo simply said, “there is nothing to investigate.”