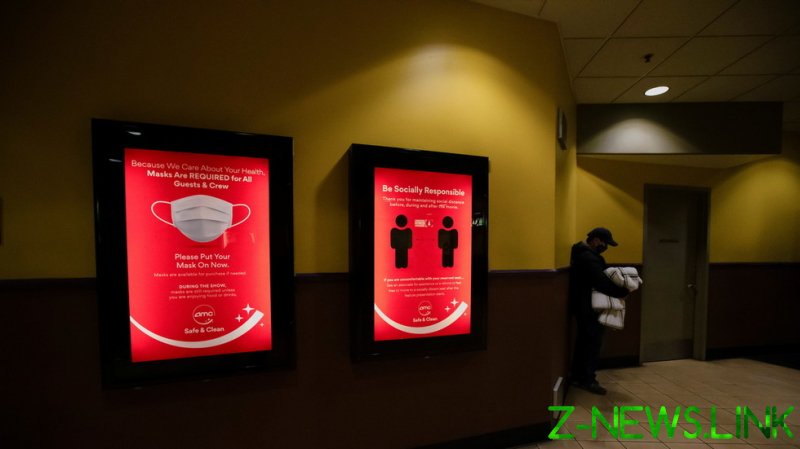 The professional scolds in Los Angeles County have warned that there’s no reason to know everyone’s vaccination status when authorities can just treat everyone like they’re a biohazard instead. Best to act like no one has had the jab and continue masks and social distancing indefinitely – just as the weather gets maddeningly hot and tempers are sure to flare!

Interestingly, the county rules are not mandates, meaning Los Angeles County has no power to actually enforce them, but citizens are obeying regardless. Nevertheless, residents appear to be ‘going along to get along,’ falling in line to avoid causing trouble despite the state government and the Centers for Disease Control both issuing guidance contrary to LA County’s. Federal guidance absolves vaccinated people in “certain public indoor settings” from having to wear masks, while unvaccinated individuals are still barred from wearing masks outdoors.

YouTube commentator Eric Feigl-Ding, who has a medical degree but no public health credentials, has appointed himself a de facto internet authority on Covid-19, weaponizing his degree to order his fellow Angelenos around, insisting “we must follow the precautionary principle with #DeltaVariant – it is simply too contagious,” declaring “fleeting exposures of **mere seconds** is enough to infection [sic]—faster than any previously known variant of COVID19. Australia contact tracing taught us a sobering lesson.”

Feigl-Ding referred to a situation in which a group of individuals reportedly caught the delta variant of the virus in Sydney via so-called “fleeting exposure,” when a woman sitting outside a cafe was determined to have been infected with the same genome as several others who had walked in and out of the cafe, even though security cameras did not record any contact between the elderly woman who had been sitting outdoors for an indeterminate amount of time and those indoors.

Not only has the delta strain become more transmissible, the Health Department for New South Wales claims, but yet another variant – the so-called Kappa strain – has emerged to plague even total strangers with glancing contact

He implied she had somehow infected the individuals passing her merely by breathing the same air as they had. Quick to man the barricades, the usual ranks of scolds took their positions backing Feigl-Ding, insisting individuals “get vaccinated and mask up where it is recommended” – even though Australians were already highly mask- and vaccine-compliant, and leaving aside the fact that Los Angeles is halfway around the world from Sydney (and that Australia is still not permitting its citizens to travel outside the nation’s borders).

Los Angeles is indeed beefing up its security regime in response to the spread of the delta variant. While Feigl-Ding’s fearmongering tales of individuals catching the virus via mere “fleeting exposure” are difficult to confirm scientifically, the Queensland Health Department has confirmed the rumor that the virus can be transmitted much more rapidly than at this time last year due to the new Kappa strain, along with other rumors guaranteed to strike fear into the hearts of would-be summer travelers. However, Feigl-Ding’s numbers and details made it difficult to hammer down the precise details of his fearborne fable, a story that quickly shifted from “people in contact at a cafe” to “people in contact at a party” to up the blame quotient.

The scare stories did their job, though.

Others indicated that while the summer weather was too hot to mask up, they had “no problem social distancing for the rest of [their] life.”

A few even invoked the ever-looming sickly Grandma and Grandpa, always at risk of dying should one fail to vaccinate (never mind that the elderly were first on the list of people to be vaccinated).

California Governor Gavin Newsom rolled back California’s statewide mask mandate two weeks ago, with some considerable speculation that the increasingly unpopular governor was driven to action by a looming recall effort but no evidence to prove that. The World Health Organization has warned individuals against the so-called “delta variant” of the virus, first observed in India, which appears to spread about 60% faster than the strain native to the UK. Nearly 95% of the cases observed in the UK are now said to be of the delta variant.