Home / WORLD / ‘Nothing nefarious at all’: Backlash as ex-NSA chief, involved in mass surveillance revealed by Snowden, joins Amazon board

‘Nothing nefarious at all’: Backlash as ex-NSA chief, involved in mass surveillance revealed by Snowden, joins Amazon board 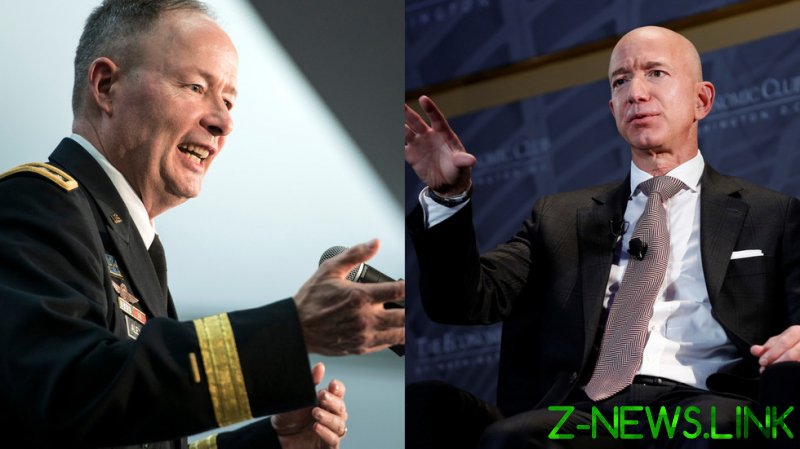 Amazon announced that Alexander, who served as NSA director from 2005 up to his retirement in March 2014, will join the company’s board on Wednesday.

“We’re thrilled to elect a new member to our Board of Directors this month. Welcome, General Keith Alexander!” the tech giant said in a statement on Twitter.

However, some, including the ex-CIA contractor Edward Snowden, were less than “thrilled” about the appointment.

Snowden – who in 2013 blew the whistle on a secret NSA surveillance program, leaking a massive trove of documents proving the bulk and warrantless collection of Americans’ telephone records by the government – was one of the first to call out Amazon for hiring Alexander.

“It turns out ‘Hey Alexa’ is short for ‘Hey Keith Alexander.’ Yes, the Keith Alexander personally responsible for the unlawful mass surveillance programs that caused a global scandal,” tweeted the whistleblower, who remains in exile in Russia.

Snowden noted that while Amazon Web Services (AWS) hosts nearly 6 percent of all websites, the figure looks even more damning “if you measure it by traffic instead of number of sites.”

Journalist Glenn Greenwald, a Snowden ally who was awarded a Pulitzer Prize for his reporting on the US intelligence machine’s global mass surveillance program, tweeted that Alexander’s appointment only revealed Amazon’s true colors.

“Gen. Keith Alexander was head of NSA when it secretly built a massive domestic surveillance system aimed at Americans – the one an appellate court just ruled likely illegal. Amazon just appointed him to its Board of Directors, again showing who they are,” Greenwald said.

Last week, a federal appeals court ruled that the “bulk collection” of data used by the NSA was illegal, with Snowden hailing the decision as a milestone in the fight against government-sanctioned snooping.

Even without an ex-spy chief with a less-than-stellar reputation in terms of privacy protection on its board, Amazon has faced growing pushback over its intrusive high-tech devices. Its virtual assistant Alexa was caught red-handed passively recording intimate conversations of unsuspecting family members, while its new fitness tracker ‘Halo’ promises to scan users’ bodies and track emotions in their voice.

It has been suggested that Alexander’s addition to the board may raise Amazon’s chances to win government contracts, as it is still reeling after losing out on the $10 billion JEDI ‘war cloud’ contract with the Pentagon, which was awarded to Microsoft last October. Amazon has attempted to stall the deal, filing a lawsuit alleging that US President Trump’s bias against the company robbed it of the lucrative deal.