Home / WORLD / ‘Nothing else explains it’: Norwegian scientists say AstraZeneca DID cause blood clots, as British & Dutch experts dismiss theory

‘Nothing else explains it’: Norwegian scientists say AstraZeneca DID cause blood clots, as British & Dutch experts dismiss theory 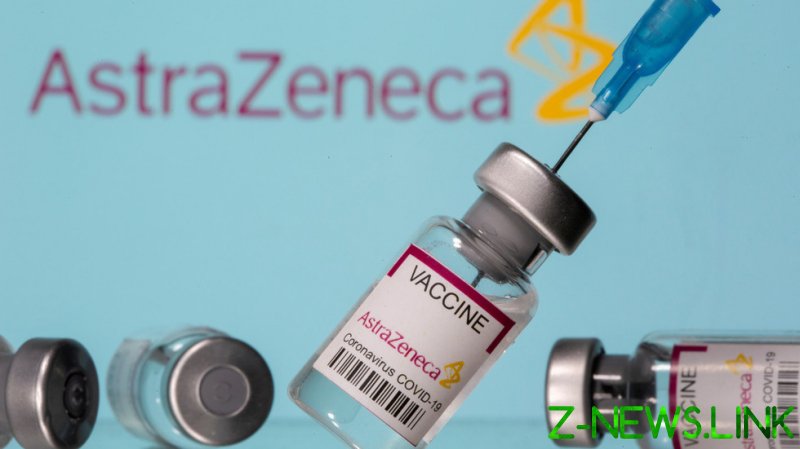 “The cause of our patients’ condition has now been found,” Pal Andre Holme, the head of a research group at the Oslo University Hospital, told Norway’s VG media outlet. He was referring to the cases of three health workers under the age of 50 who suffered from severe blood clotting after receiving the AstraZeneca jab. One of the medics then died on Monday.

The clotting in those patients was triggered by a very specific “strong immune response” likely caused as a result of the AstraZeneca jab, Holme explained. In collaboration with the University Hospital of North Norway, Holme’s team detected specific antibodies that “activate” platelets and in some cases can lead to blood clots.

Asked by VG if the vaccine was the “most likely” cause of this specific immune response, Holme said he believes “there is no other thing” in the history of the three individual patients which would generate such a response. None of the three patients had a history of similar health issues before, he said.

I am pretty sure it is these antibodies that are the cause and I see no other reason than that it is the vaccine that triggers them.

The professor still admitted that such side effects are likely to be very rare since “we are talking about very specific antibodies.” Norway halted the use of the AstraZeneca jab in its vaccination campaign alongside many other European nations. Some 120,000 Norwegians already received the jabs produced by the British-Swedish company. According to Norwegian media, “very few” serious side effects were reported by those vaccinated to date.

Some Norwegians, however, were apparently ready to take their chances, deadly side-effects or not, in the name of saving humanity. Earlier this week, journalist Linn Wiik declared she would “love to die” from AstraZeneca’s Covid-19 vaccine if her sacrifice would help humanity to win the war against the virus.

Norwegian scientists revealed the results of their analysis just as the British medical regulator, MHRA, said that it found no evidence that could prove the link between the Oxford-AstraZeneca vaccine and blood clotting.

“This type of blood clot can occur naturally in people who have not been vaccinated, as well as in those suffering from COVID-19,” the MHRA CEO, Dr. June Raine, said in a statement, adding that her agency’s “thorough and careful review” showed that blood clots in veins of affected persons are occurring just as often as they would “in the absence of vaccination.”

Separately, the Dutch Lareb Center tasked with studying the side effects of the AstraZeneca jab also reported that it “has no evidence” of a link between the vaccine and blood clotting. The center said it received “a few dozen reports” about thrombosis and pulmonary embolism associated with all vaccines, adding that “reports so far give no reason to think that thrombosis is a side effect of corona vaccines.”

Earlier, a group of nations in Europe and beyond, including Germany, France, Italy and Spain, among others, suspended the rollout of the AstraZeneca vaccine amid reports of the potentially fatal blood clotting. Most recently, the Swedish Medical Products Agency said that a previously healthy woman died due to blood clotting a week after taking AstraZeneca’s Covid-19 jab.

The news also triggered the European drug regulator, EMA, to start its own review of all relevant cases. On Thursday, the agency said  it deemed the jab “safe and effective,” prompting several nations, including Italy, Cyprus and Ireland, to restart its use.