Home / business / Not shared apartment: in Russia, the brother killed his sister with a screwdriver

Not shared apartment: in Russia, the brother killed his sister with a screwdriver 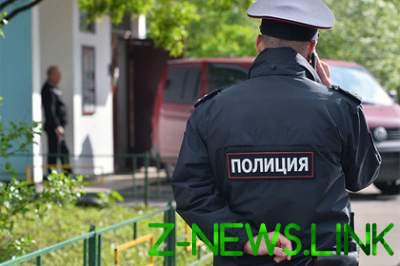 The man confessed to the terrible crime.

In Voronezh the murder occurred because the division of property. The cause of the conflict between brother and sister was the apartment of their mother. This is stated in the message published on the website of the regional Department of the Investigative Committee.

The conflict occurred in a residential building on the street Matrosova. “During the quarrel the man struck my sister a blow with a screwdriver in the head and subjected her to beating, throwing punches and kicks to the head and torso. Fleeing from his brother, the woman ran to the stairwell and called for help”, — stated in the message. The neighbors called an ambulance, but from the received wounds the woman has died in hospital.

The man was arrested and immediately admitted his guilt. “In relation to a court at the request of the investigating authorities the measure of restraint in the form of remand in custody. During preliminary investigation admitted his guilt in full volume”, — added in the UK.

Read also: In Moscow, the woman spent two months in captivity, “the beloved”

See also:  It became known about losses of Ukrainian soldiers in the Donbass

A criminal investigation has been completed, the case is directed to court. The accused could face from 6 to 15 years in prison.