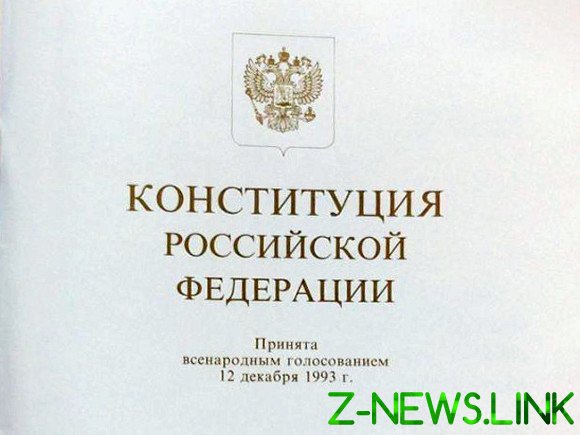 The action of the authorities to change the Constitution of Russia reached the finish line.

Both in content and form, Putin proposed amendments to the Main law of the country, and itself the so-called “popular vote”, as already well known, illegal.

Opponents of this iniquity is mainly talking about “zeroing” terms of Putin — the right to extend its term until 2036. And it is quite right: this amendment is a mockery of the law and opens the way for an almost eternal tenure of power. However, it is important to see that people are pushing for uncontested vote one tick, slipping from more than two hundred amendments, which draw on the Constitution of the authoritarian corporate state, serving the interests of the nomenklatura and influential circles groups. That is the current closed political system antisocial with adventurous foreign policy, with a very incompetent, corrupt, semi-criminal and dependent personnel at all levels on military and police repressive ideology and the relevant mechanisms will now be enshrined in the basic law of Russia.

It is possible that after “reset”, like getting the right to stay in the Kremlin for another 16 years, leading thereby to a state of absolute fear and obedience to all his entourage and crush in the Bud even thoughts about transit, Putin at some point suddenly gone and, as usual, leave a “successor”. In the system, which is now fixed in the Constitution by these amendments, any successor under Putin’s political system (for example, one of the senior generals of the army or FSB) will be for the country not better than Putin, and most likely much worse. And not only because Putin chooses his environment, but also because of the logic of the system, built over 20 years and is now enshrined in the Constitution: in it the authorities have no other supports, but lies and fear, and other tools to maintain control but repression and intimidation.

About how the state will act within the framework already rewritten the Constitution, can be judged by the actions taken in the last six months, after Putin first proposed to amend the Basic law of the country (see the list of officially accepted and forthcoming decision-making).

In recent days, a course of repression and intimidation became more apparent. In Petrozavodsk has resumed the trial of the historian Yuri Dmitriev. Throughout his life, the head of the Karelian “Memorial” fighting for the historical truth and talked about the killings of innocent people, our fellow citizens, including mass graves of victims of Stalinist repressions in Karelia Sandarmokh. So the researchers were not looking for the truth and to teach it to anyone even to think about the past, against the historian Dmitrieva fabricated dirty work (at first one, then the second) and put him in jail.

So it’s not just “zero”. The main threat for the future of Russia is authoritarian, based on lies, fear and arbitrariness of the system, which by means of the amendments we intend to enshrine in the Constitution of the country. To ensure attendance and to vote for it.