Home / WORLD / Not on the box: Ukrainians were forced to watch on Russian TV as heavyweight hero Usyk won title in UK, points out politician

Not on the box: Ukrainians were forced to watch on Russian TV as heavyweight hero Usyk won title in UK, points out politician 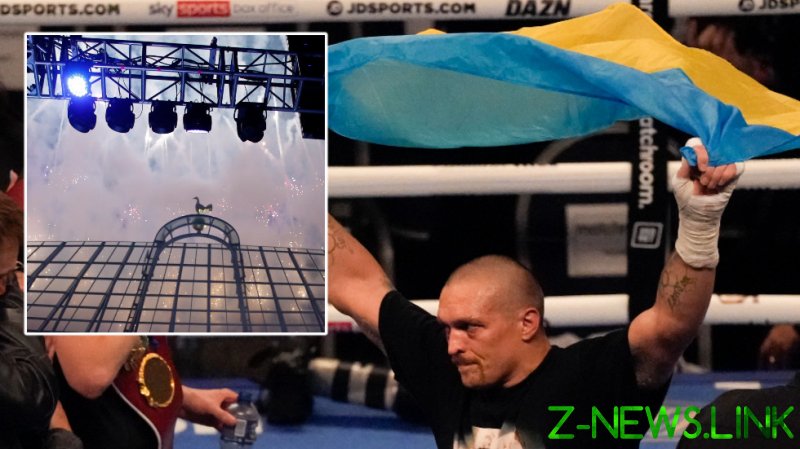 While newly-crowned heavyweight champion Oleksandr Usyk shut out three-belt king Anthony Joshua in London, TV channels in his homeland dealt a low blow to boxing fans by failing to broadcast the thrilling scrap.

That meant that Usyk’s compatriots could not join the huge crowd at the Tottenham Hotspur Stadium – and the vast audience around the world – in seeing their latest boxing great score a huge win that was shown on pay-per-view TV in the UK.

“Almost the entire population of Russia was worried and rooted for Usyk,” said Dmitry Svishchev, a member of the Federal Assembly of Russia, speaking to Sport Express.

Manchester City and Ukraine wideman Oleksandr Zinchenko added that “there are no words” to do justice to the sensational victory. “Simply the best,” he concluded on Instagram.

Usyk extended his perfect professional career record to 19 wins with the triumph in front of well over 60,000 people.

The 34-year-old had not been considered as magnetic a ticket-seller as established poster boy Joshua, only to prove that he deserves more blockbuster nights among the elite after collecting the WBA Super, WBO, IBF and IBO titles.

Top Ukrainian tennis star Elina Monfils let her fans know that she was watching the fight on US channel DAZN, adding an animation of the national flag she shares with Usyk as she saw him prevail.