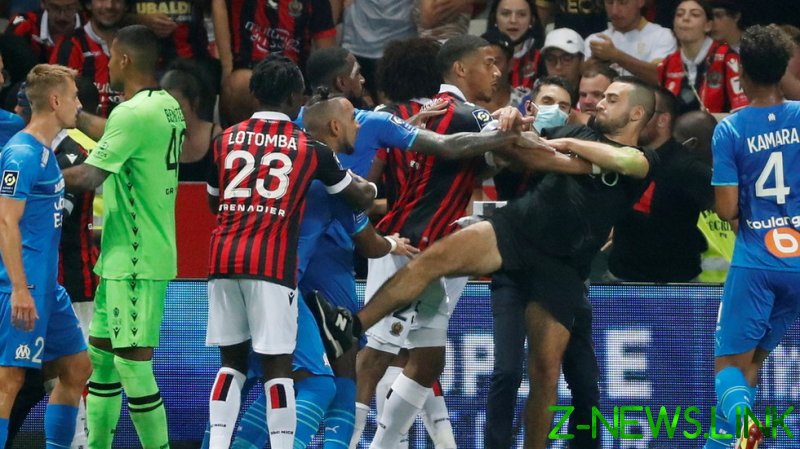 Tony Calzoni, aged 28, has been a Nice supporter since infancy and also received a five-year ban from attending their matches.

During every game played between the two mentioned rival clubs moving forward, he must also present himself at a local police station so as to prove he is not in or around the ground the fixture is being contested in.

The prosecution were pushing for Calzoni to be banged up for 12 months with six months suspended.

As was widely reported at the time, the Ligue 1 match on the opening weekend of the new season was brought to a halt after 75 minutes when Payet threw a bottle that was aimed at him back into the crowd.

This sparked an invasion from dozens of fans who got on to the pitch to try and confront Payet, with video recordings showing that Calzoni was the first supporter there before aiming a kick at Payet.

For playing host to the debacle, Nice have already been a docked a point and forced to play several games behind closed doors, but Marseille physio Pablo Fernandez was also banned for the rest of the season for punching a fan.

Nice-Marseille will be replayed on October 27 at a neutral ground in Troyes, but the incident was unfortunately the first of many with other lamentable scenes witnessed at Lille-Lens, where a fan also allegedly masturbated in the stands, and Angers-Marseille.