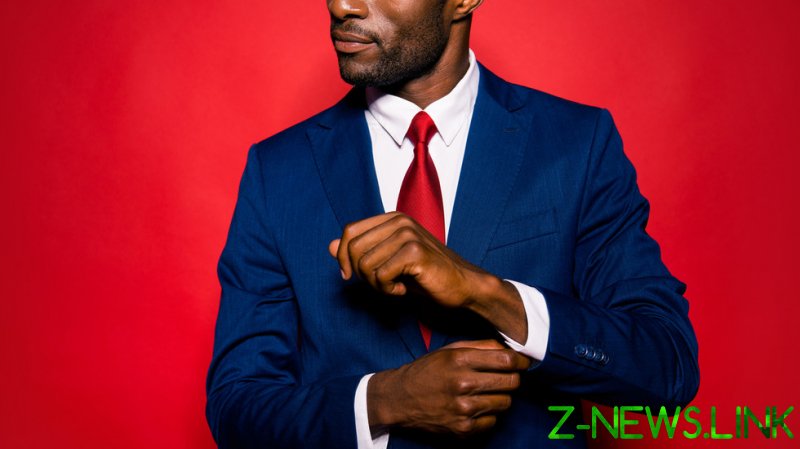 Surfing the wave of 2020’s diversity-mania, Groce launched the Black Venture Institute on Tuesday with two other big-name venture capital firms and the University of California at Berkeley’s Haas School of Business.

The Institute’s stated goal is quintupling the number of “black check writers” over the next three years, aiming to train 300 students to “create a network of black investors and advisors who can begin writing checks to make investments,” according to TechCrunch’s glowing profile of the project. It’s the latest of many pearl-clutching efforts to solve the ‘problem’ of black underrepresentation in finance without reassessing the hideously flawed economic system itself, and like its predecessors, fails to ask the obvious question of why black people are ‘underrepresented’ in an odious sector which is disproportionately responsible for American inequality.

There’s no indication in any of the promotional materials for the Black Venture Institute that Groce, BLCK VC, or any other affiliate has taken the time at any point in the last two years to ask black professionals why they aren’t diving headfirst into the shark-infested waters of private equity. It’s just assumed from the start that their underrepresentation is the fault of big bad Whitey blocking the door to the control room.

But without talking to those professionals, it’s impossible to tell whether it’s truly white gatekeepers who are to blame, or whether black Americans are deliberately shunning an industry that is responsible in large part for the death of the American middle class. Denounced by many financial experts as a destructive force, private equity’s modus operandi consists of asset-stripping troubled firms and of firing their workers while trading on their good name. Ten of the 14 largest retail bankruptcies since 2012 have been companies controlled by private equity or hedge funds, and the sector is responsible for over 1.3 million lost jobs over the past decade. With black families disproportionately impacted by the 2008 crash and still lagging behind in a ‘recovery’ that mostly benefited upper income tiers, why would talented black professionals want to participate in the destruction of their own society?

The oversimplified explanation that Wall Street (or Silicon Valley’s venture capital ecosystem, or other industries) is run by a WASPy, calcified ‘old boys’ club’ who’d rather keep all the good jobs for themselves than let in bright young talent with ethnically-diverse backgrounds, is so often held up to justify initiatives like the Black Venture Institute that it’s become self-parody.

The World Economic Forum was nearly laughed off the internet when it recently tried to claim hiking of all things was racist, and after five months of corporations swearing fealty to Black Lives Matter, it’s hard to find an area that hasn’t been scrutinized for the presence of systemic racism. And there’s no doubt that racism remains a problem in certain areas of American society, particularly the justice system.

But the claim that white people are keeping black wannabe vulture-capitalists out of private equity’s carrion corral makes little sense. Venture capitalists are, first and foremost, capitalists. If they can get away with paying black employees (or women, or other traditionally-disadvantaged groups) less to do the same work as their white male counterparts, they’re going to bring as many as possible on board in order to save a few bucks.

Google heretic James Damore’s now-infamous memo on gender in tech argued that attempting to give women equal representation in Big Tech was pointless, since women’s psychological attributes supposedly ill-suited them for such roles. Damore was pilloried for his alleged misogyny, but his point that not all groups want the same thing out of their professional lives was valid.

Claiming to ‘know better’ than black Americans what career path they should take is, ironically, racist, just as arguing women should put aside their dreams and go into STEM to ‘even things out’ is misogynist. At some point in the American crusade for social justice, equality of opportunity – the noble notion that all people deserve the same chance to succeed – was replaced by equality of outcome, and the country is the worse for it.

Those who defend equality of outcome must understand that to fully achieve it, the runner gifted genetically with powerful, muscular legs must be deliberately handicapped to render him equal with the wheelchair-bound individual with congenitally withered limbs. The naturally bright must be dumbed down to match the naturally dim, since there’s only so much education can accomplish. Equality of outcome is a death sentence for humanity, and it’s the one 2020’s faux-Left has latched on to as the best thing for the species.

The rigid, illogical insistence on exact proportionality of racial, ethnic, gender, and other minorities in every area of life glosses over the inconvenient reality that cultural, psychosocial, and even genetic factors might predispose certain groups to certain life paths. A social butterfly is unlikely to want to sit in an office coding late into the night, while an empath will feel uncomfortable rejecting a Silicon Valley dreamer’s business proposal for venture capital funding. Failure to create equality of opportunity – say, by ensuring public schools in poorer districts offer the same quality of education as private schools in tony suburbs – cannot be corrected later in life by enforcing equality of outcome.

It’s impossible to ignore that as American institutions have been swept up in diversity fever, talking up the superficial opportunities they offer traditionally disadvantaged groups, the problem of income inequality has only grown. This, the real inequality at the heart of American society, is never addressed by the diversity fetishists, who perhaps fear that calling it out would be biting the hand that feeds them.

Diversity cheerleaders will ignore this in favor of heralding the number of women in senior positions in the military-industrial complex, or praising the first black US president for unleashing more drone strikes on brown people than his white predecessors.

But it’s not clear what problem will be solved by replacing the private equity vultures currently feasting on America’s carcass with darker-skinned equivalents, or why such a swap-out should be celebrated. Until superficial diversity is matched by diversity of thought, the system will remain broken – no matter the skin color or gender of the ruling class with its boot on the necks of the people.