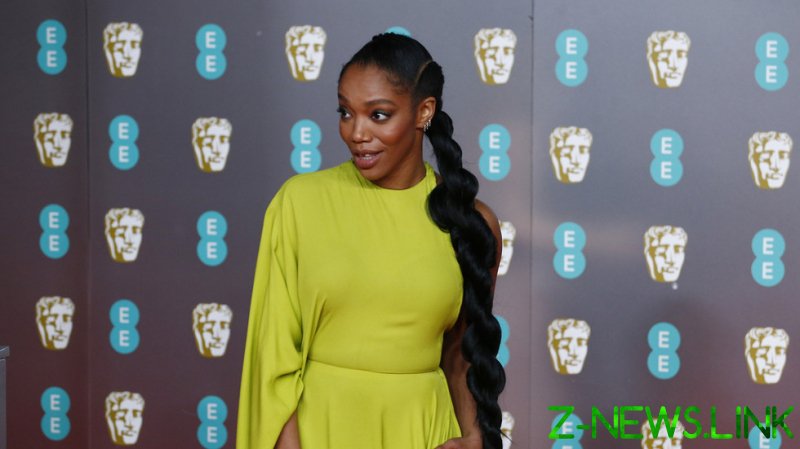 Ackie, who starred in Hollywood blockbuster ‘Star Wars: The Rise of Skywalker’, will play iconic singer Whitney Houston in an upcoming biopic, ‘I Wanna Dance with Somebody’. Director Stella Meghie said she spent months in an “exhaustive search” to find an actress who could “embody” the legendary performer. Meghie expressed confidence that Ackie will be able to “capture the stage presence” of Houston while also “bringing humanity to her interior life.”

It appears some black Americans are far less enthusiastic about the Ackie landing the role, however, because she’s from ‘across the pond’.

Writer and film producer Brooke Obie fired off a series of impassioned tweets about her disappointment over Ackie’s new acting job.

“I just find it funny how ‘the best person for the role’ of a Black American icon is never a Black American. It’s giving me white supremacist excuses,” she wrote. Obie went on to suggest that not casting a black American for the part of Houston was a betrayal of “interracial solidarity.”

Her sentiments were echoed by other commentators who argued that black Brits are more “privileged” than African Americans.

“Maybe if the various black diaspora groups start acknowledging their privileges we can start to quash diaspora wars,” one upset Twitter user wrote.

There was plenty of pushback against the outrage, though. One observer noted that it’s possible that it’s simply less expensive to hire black British actors, which would actually suggest that black American actors are more ‘privileged’.

“Conversations about Black British actors getting work in Hollywood could be a conversation about cheapness of labour but instead its people highlighting that Black people that exist outside America are not ‘Black enough’ to play AAs,” read one critique of the social media drama.

Others accused black Americans of selectively using the concept of black “solidarity” to further their own, selfish interests.

“I thought we ‘stood in solidarity’? Or does that only work when the attention is on American causes?” asked a British Twitter user. Black Americans aren’t the only black people in the world, she added.