‘Not appropriate’ for media to see inside border facilities for migrant kids, Dem Rep says defending Biden’s lack of transparency 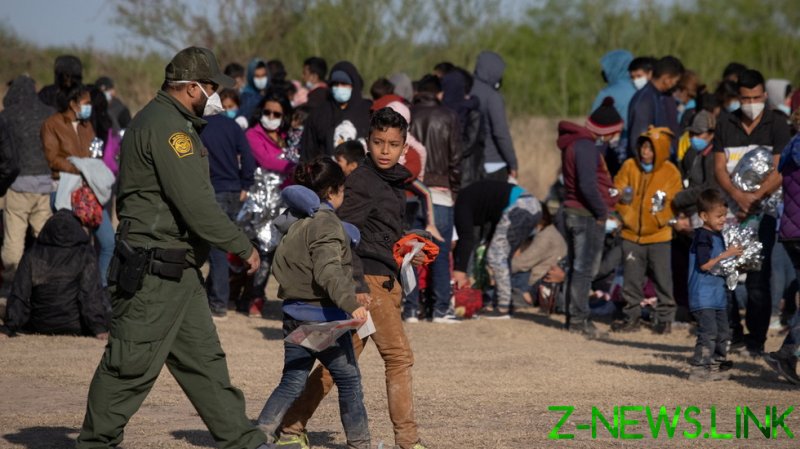 “I don’t necessarily think that it’s appropriate for journalists to be inside centers that are not permanent places for children,” Sanchez told CNN after being asked about the current administration denying press access to the facilities, which are dealing with a surge in migrants, especially unaccompanied minors.

There are currently over 4000 migrant children being held by Customs and Border Protection and nearly 10,000 whose custody has been handed over to the Department Health and Human Services. Thousands of the youths in Border Protection Custody, however, have been held beyond the three-day limit set by federal guidelines, according to a CBS report.

Despite defending the Biden administration’s lack of transparency, Sanchez did criticize the Trump administration for denying congressional members access to facilities at times – though some famously made well-recorded trips, like Rep. Alexandria OCasio-Cortez (D-New York).

In a public statement, Sanchez tried clearing up her position, saying reporters were not being granted access to the facilities due to the Covid-19 pandemic. She also admitted border facilities “are not adequate for the care of children, and they are doing everything they can to transfer children to HHS for safe processing.”

Claiming she is “committed to transparency and finding ways for [the] press to fully report the process at the border,” the congresswoman said the “safety and privacy” are more important at the moment. She added that she looks forward to a solution from the Biden administration.

Homeland Security Secretary Alejandro Mayorkas was scheduled to tour border housing this week, but the Department of Homeland Security was quick to say the press would not be permitted to accompany him.

Immigrant activists have criticized the new administration for their lack of transparency, demanding photos be released of the conditions at the facilities, which are all facing a rise in migrant crossings critics say the administration is quickly being overwhelmed by.

Numerous photos were released from migrant housing facilities during the Trump administration, with Democrats often using the term “kids in cages” to describe the conditions for minors captured at the border despite many of the facilities being built and utilized during the Obama administration.

Though some Democrats, like Ocasio-Cortez, have come forth during Biden’s first months to continue their criticism of the handling of minors at the border, the “kids in cages” rhetoric has been toned down, with Ocasio-Cortez even suggesting Biden has simply not had enough time to fix a broken system.

From January to February, apprehensions at the border rose nearly 30 percent and the Department of Homeland Security has said the US is in position to encounter more individuals illegally crossing the southern border in the next few months than they “have in the last twenty years.”

Administration officials have both acknowledged the situation at the border is a “crisis,” as well as pushed back against the term, with White House Press Secretary Jen Psaki saying this week it is “not a crisis,” contradicting an earlier presser referring to a “crisis on the border.” She later amended her wording to “challenges on the border.”