Home / WORLD / Not another SNL skit? SpaceX to launch DOGE-1 satellite TO THE MOON in 2022, Elon Musk says

Not another SNL skit? SpaceX to launch DOGE-1 satellite TO THE MOON in 2022, Elon Musk says 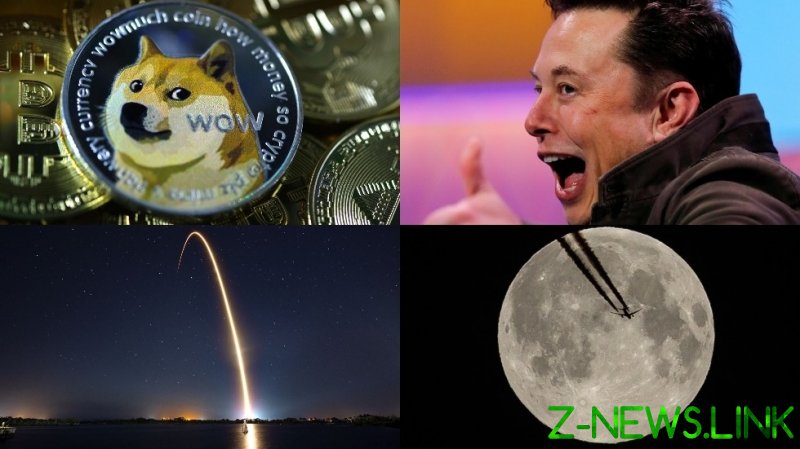 Musk repeatedly plugged Dogecoin during this Saturday’s episode of the SNL, but even before the skit where he pronounced it “a hustle” (jokingly or not) came to its punchline, the cryptocurrency plummeted by almost 30%.

READ MORE: ‘It’s a hustle’: Elon Musk DESTROYS Dogecoin as he brings crypto memes to his episode of SNL

However, true to his style, the billionaire space entrepreneur was undeterred, and the meme-crypto – which actually started as a joke before becoming the world’s 4th-largest cryptocurrency – was the first thing he brought up in a post-SNL tweet.

It revealed that the eccentric tycoon is not only working on making humanity a multiplanet species, but is also dead-set on realizing the dream of Dogecoin fans – which, in Musk’s own words, is sending it “to the mooooonnn!!”

“SpaceX launching satellite Doge-1 to the moon next year,” Musk tweeted on Sunday. Most importantly, he added that the memeful mission would be “paid for in Doge.”

Musk then boasted that the alleged launch would put “1st crypto in space,” as well “1st meme in space.” The latter might not be entirely true as Musk’s own SpaceX-launched Starman – a spacesuit-clad dummy floating in space in a red Tesla convertible – was packed with popular culture references, ‘Hitchhiker’s Guide to the Galaxy’ included, and could probably be considered a meme in itself.

It remains unclear just how serious Musk’s Sunday post was, but knowing his Twitter feed, it may indeed be real – possibly more real, than the cryptocurrency in question.