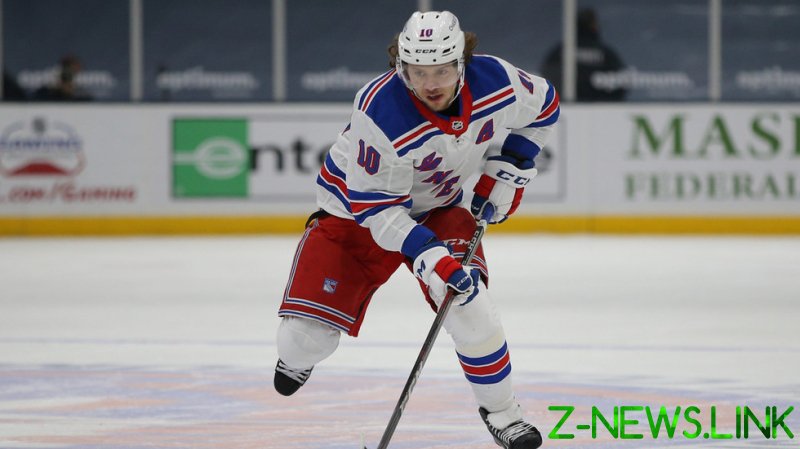 The comments were made after it was confirmed that the forward will not join the national team at the 2021 World Championship in Riga, following abuse allegations brought against him.

READ MORE: Row over Russian ice hockey captain who was denied US visa in ‘breach of international laws’ finally ends days before competition

“Only people who respect and appreciate their home country should be invited to the national team. And what is more important, they should adhere to their principles. I think Panarin’s brain is a bag full of cats. He is not an American yet, but definitely not Russian anymore,” Plushev said.

Last night, the Rangers suffered a crushing 6-1 loss to the New York Islanders, damaging their playoff hopes, as all the teams ahead of them won.

The defeat, however, gave hope to Russian fans who want to see Panarin play for the national team, though his chances remain in doubt after becoming embroiled in the abuse scandal.

The star winger was accused of beating up an 18-year-old woman while at a bar in his home country in 2011.

The allegations brought against him were from Andrei Nazarov, who coached Panarin in the Kontinental Hockey League.

Nazarov claimed the player was detained by police, but a bribe amounting to $48,000 got him off, following a criminal case and trial.

Panarin denied the allegations, calling them a “fabricated story” after he publicly criticized Russian President Vladimir Putin and issued his support for opposition figure Alexey Navalny.