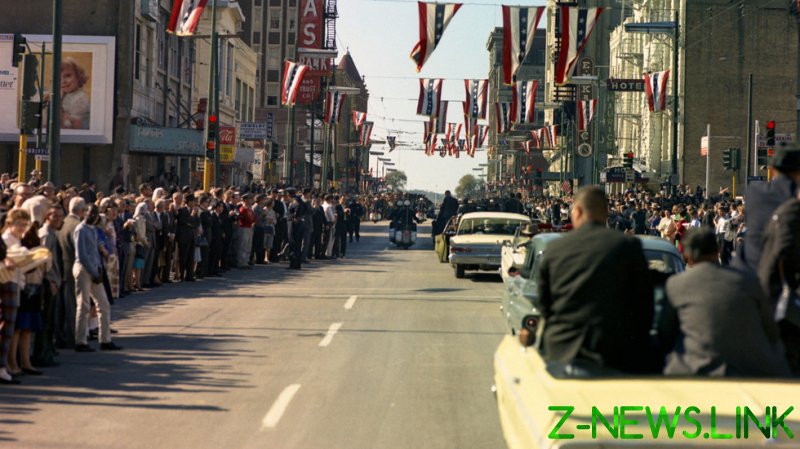 Some three decades after the release of his groundbreaking and controversial film ‘JFK,’ Stone has returned once more to the events leading up to and following the gruesome killing in November 1963 of American’s 35th president. For the legendary filmmaker and director, the assassination is as relevant today as it was thirty years ago.

In an interview with RT’s Going Underground, Stone suggested that Kennedy may have been killed for pursuing anti-colonial policies and seeking an end to the Cold War – defying the wishes of America’s rapidly growing and increasingly powerful military and intelligence sectors. JFK’s assassination served as a “warning to other people” – especially to all the presidents who succeeded Kennedy – not to “cross a certain line.” Speaking to host Afshin Rattansi, Stone said that Kennedy’s killing made it “very clear to the American people, subconsciously maybe, that there were forces larger than any one man” involved.

When you blow off a president’s head in the middle of a motorcade like that, which is a very organized black op – so much has to be done. The security along the route was changed, the parade route was changed. All the mechanics of that day were controlled and were part of an operation.

He said that a careful examination of the original evidence used to blame Lee Harvey Oswald for the assassination, including ballistic tests and autopsy reports, shows that the “lone wolf” theory is a “sham.” For example, he claimed that evidence shows that Oswald had been a CIA “asset” for years and that the man who later killed him, Jack Ruby, had been an FBI informant. Even once seemingly uncontested claims, such as the belief that Oswald had been on the sixth floor of the Dallas book depository at the time of Kennedy’s death, have been debunked by newly-revealed information and witness testimonies.

He expressed regret that former US President Donald Trump decided against fully releasing classified materials concerning the assassination that have been kept secret for decades due to alleged national security concerns. Stone expressed doubt that Joe Biden would disclose the rest of the documents, even though they are being “illegally” withheld from the public.

Stone acknowledged that his critics have tried to dismiss him as a “conspiracy theorist” – but the filmmaker said he didn’t understand why some believe such plots are beyond human capabilities.

“We know from history that there have been so many conspiracies,” he noted.