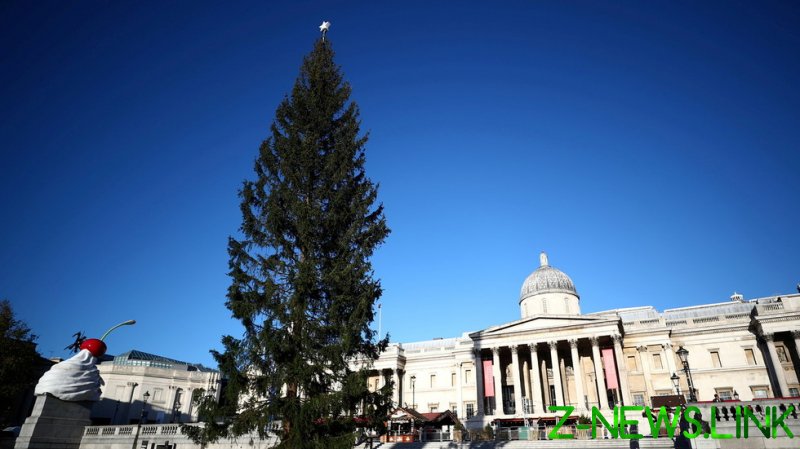 The news was confirmed by Westminster City Council on Wednesday. In a statement, Lord Mayor of Westminster Andrew Smith said that Norway’s annual gift plays a “vital role” in making the London borough an even “more beautiful place to visit” over the holiday period, though “its shape and size may change.”

He added that Norway’s Christmas tree serves not only as an expression of gratitude from the country’s people for Britain’s support in World War II, but also as a reminder of the friendship between two nations and the “enduring bonds forged in adversity.”

“We want the people of Oslo and of Norway to know how much we appreciate their generosity,” the lord mayor said.

Earlier, Westminster City Council joked about this year’s Norwegian spruce’s appearance, saying on the tree’s official Twitter account that half of its branches “are not missing” but “socially distancing.”

Oslo’s mayor, Marianne Borgen, defended Norway’s gift after it prompted hundreds of jokes on social media. She explained that it is “not a Disney tree, not a plastic tree,” adding that the 90-year-old spruce “looked really beautiful and marvelous when we cut it down” but that it could have suffered some damage during its transportation to the UK.

Speaking on Wednesday to BBC Radio 4 ahead of the vote, Oslo’s mayor said there was “no way” that London would get the ill-fated tree replaced.