Home / WORLD / Norway bow-and-arrow attacker who killed 5 had converted to Islam; police had prior concerns over signs of radicalization

Norway bow-and-arrow attacker who killed 5 had converted to Islam; police had prior concerns over signs of radicalization 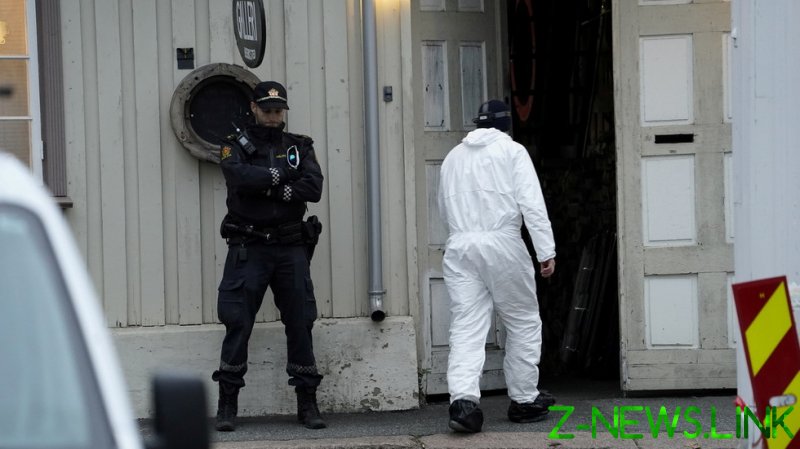 Speaking on Thursday, Norwegian regional Police Chief Ole Bredrup Saeverud said that a 37-year-old Danish citizen, who was detained after a bow-and-arrow attack in Kongsberg on Wednesday, was known to police.

Saeverud told a news conference that the suspect had converted to Islam and police intelligence had identified signs of radicalization. His apparent radicalization had been noted as a concern prior to the attack.

The Muslim convert, who is believed to have acted alone, is being held in connection with the murder of five people, in which two more town residents, including an off-duty officer, were injured.

Police attorney Ann Irén Svane Mathiassen told local media that the 37-year-old had been known to police for “several different issues” and had been “in contact with… the health service several times.”

Saeverud confirmed that the suspect has been cooperative but could not divulge what had been discussed.

The Danish citizen rampaged around Kongsberg, a mining town southwest of Oslo with a population of around 26,000. According to local media, the attack started in a supermarket.

The victims were all aged between 50 and 70, Saeverud said on Thursday morning.

Also on Thursday, Oslo police tweeted that there had been a sighting of a man carrying a bow and arrow in the Huseby area, in the capital’s northwest. “There has been no threat and we have not received information that anyone is injured.”

In a change from normal protocol, all police officers from Thursday will carry firearms as an extra precaution. “The police have no indication so far that there is a change in the national threat level,” the law enforcement directorate said in a statement.