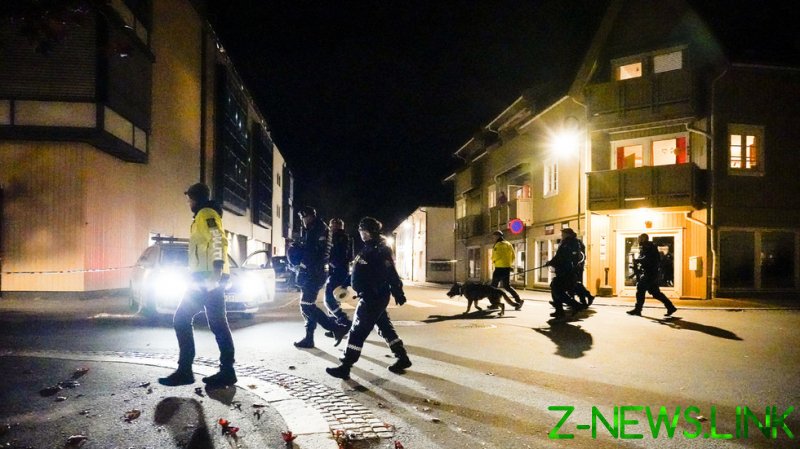 Further investigation into the details of the attack and the motives behind it is still required, the Norwegian Police Security Service (PST) said in a statement. The domestic security service pledged its support to the police force in the investigation and said it still considered the terrorist threat in Norway to be “moderate”.

The PST is looking to prevent follow-up attacks by copycats or possible revenge violence, the statement said.

Wednesday’s bow-and-arrow attack in the southwestern Norwegian municipality was carried out by a 37-year-old Danish citizen, the police said earlier. He was arrested following the spree of violence.

Regional Police Chief Ole Bredrup Saeverud said there were signs that the unidentified perpetrator had been radicalized. He converted to Islam sometime before the attack. Investigators believe he was acting alone.

Earlier on Thursday, Norwegian media reported that another suspicious person armed with a bow and arrows was spotted in Oslo, but the city police assured the public that the archer posed no threat.