Home / WORLD / North Korea’s message to the world: Ignore us at your peril

North Korea’s message to the world: Ignore us at your peril 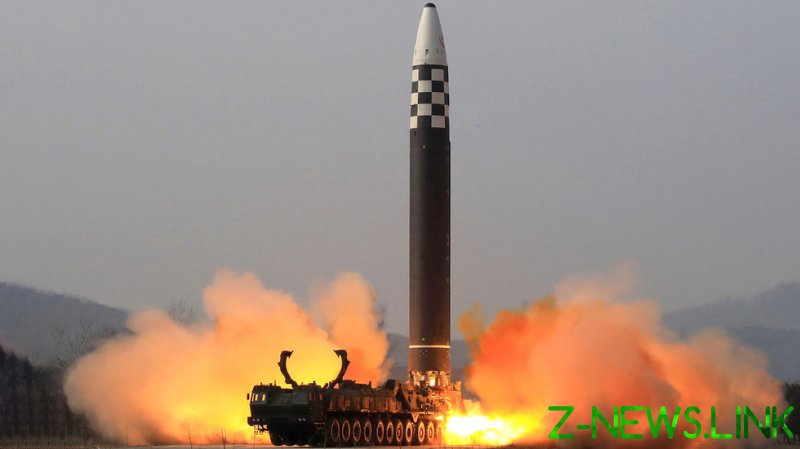 During the administration of Donald Trump, North Korean denuclearization had been at the top of the list of US foreign policy priorities. Under Joe Biden, the North Korean problem has been relegated to the back burner. A recent test of an intercontinental ballistic missile (ICBM) allegedly capable of striking targets across the US demonstrates the folly of allowing diplomacy to languish.

North Korea’s flight test of an indigenously manufactured ICBM on Thursday serves as a stark reminder that even as the international community wrestles with the consequences of Russia’s “special operation” in Ukraine, the world outside Europe remains a very dangerous place, with the potential for becoming even more so.

The launch of the Hwasong-17 ICBM, which had been publicly unveiled at an October 2020 military parade in Pyongyang and again at a defense exhibition in October 2021, represents a dramatic leap forward in terms of North Korean military capability.

The test, which used a mobile launcher from a site adjacent to Pyongyang International Airport, was conducted using a lofted trajectory that, according to North Korean media, saw the missile travel 1,090km (681 miles) for 67 minutes, reaching an altitude of around 6,250km (3,905 miles), before accurately hitting its intended target in the Pacific Ocean off the coast of Japan.

The flight parameters of the missile test would give the Hwasong-17 a demonstrated range of just under 15,000km (9,320 miles) – more than enough to hit any target in the continental United States.

Reportedly, North Korea’s leader, Kim Jong-un, personally oversaw the launch of the Hwasong-17 – a missile he claimed had been developed due to “the inevitability of the long-standing confrontation with the US imperialists, accompanied by the danger of a nuclear war.” According to his nation’s state-run media, it is capable of carrying multiple nuclear warheads, “exactly met the design requirements,” and was assessed as being ready for operations “under wartime environment and conditions.”

Thursday’s test had been preceded by a series of missile launches that appeared to have been related to the testing of individual components in preparation for the full-scale testing of the missile. While these tests, which used the Hwasong-17 as a booster to launch military reconnaissance satellites, did not have the rocket fly to its full potential range, they did serve to validate its propulsion system, as well as its ability to separate a payload with precision in space – both essential tasks for an operational ICBM-capable missile.

North Korea has been unable to achieve any meaningful diplomatic traction with the Biden administration, after four years of unprecedented yet ultimately fruitless direct engagement with the Trump administration and President Trump personally. As part of the now-stalled denuclearization talks, in 2018, North Korea undertook a self-imposed moratorium on the testing of long-range missiles.

The ICBM test is a clear demonstration that Pyongyong believes the diplomatic window that had been opened with the US under Trump is now closed, and, as such, was in keeping with the goal of enhancing North Korea’s self-defense capabilities that Kim had outlined in his end-of-year message to the nation.

The Biden administration has committed toa policy built around a notional “Pacific pivot” that would place the issue of North Korea and, in particular, its nuclear weapons and ballistic missile programs, at the forefront. A disastrous withdrawal from Afghanistan, coupled with heightened tensions with Russia over Ukraine, have prevented this “pivot” from making the transition from paper to action, however. 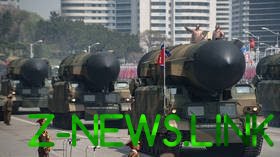 The important takeaway from the testing of the Hwasong-17 isn’t that North Korea is preparing for war, but rather that it is seeking to create an environment in which a diplomatic solution to the ongoing standoff with the West can once again take priority. Kim, in the aforementioned end-of-year speech, in December, did not emphasize military strength, but rather domestic frailty, acknowledging for the first time that his country was suffering acute food shortages. With devastating floods crippling North Korean rice production, the UN estimates the country is facing a food deficit of nearly 860,000 tons (780,179 tonnes), which can only be met with international assistance.

The missile test, viewed in this context, is an important indicator of how Pyongyong seeks to move forward diplomatically in what has been a vacuum of US leadership. As such, it’s in keeping with its usual practice, which is to send diplomatic signals through demonstrations of military strength. However, these serve only to highlight the underlying insecurity of the reclusive nation, which remains at loggerheads with the US, South Korea, and Japan over the diplomatic path toward resolving decades of isolation and confrontation.

If the only response by the US and the West to the testing of the Hwasong-17 is yet another round of economic sanctions, it may have no choice but to escalate its actions, most likely in the form of renewed nuclear weapons testing. The main problem today isn’t North Korean belligerency, but a lack of US vision in exploiting the opportunity created by Pyongyong’s measured provocation.