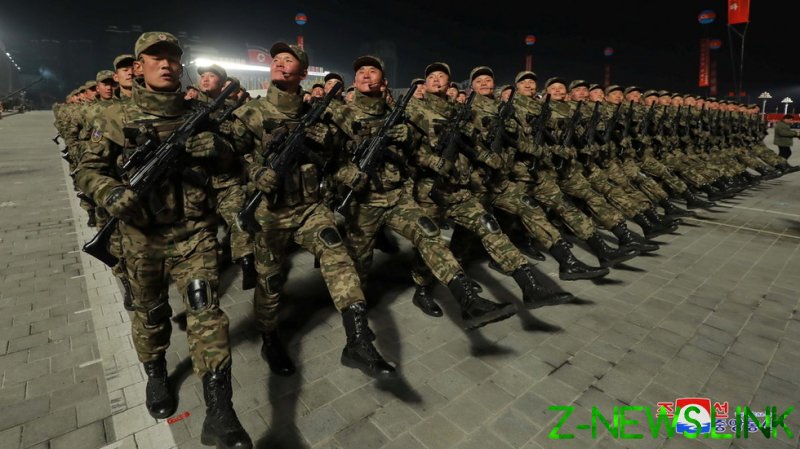 Seven decades after the conflict, the Korean Peninsula technically remains in a state of war as the truce achieved by the North and South back then never transformed into an actual peace treaty, while relations between the neighbors always remained strained.

The Korean War between China-backed Pyongyang and Seoul, which was supported by the US, had become one of the most destructive conflicts of the modern era. Lasting for three years, it resulted in an estimated 5 million deaths on both sides, with around a half of them being civilians. The US had lost 40,000 troops in action in Korea, while over 100,000 were wounded.

Agreeing on a formal ending to the Korean War is a necessary step, but “all facts prove that it is not the time to declare the termination of cease-fire yet,” Ri said in a statement released by North Korea’s state news agency KCNA on Friday.

According to the official, those “facts” included the test-firing of American Minuteman III intercontinental ballistic missiles by the US in February and August, and Washington’s approval of arms sales to its allies in South Korea and Japan. Those moves “are all aimed at us,” he insisted.

Pyongyang was also “watching with vigilance” the fresh AUKUS pact between the US, UK and Australia, aimed at arming Canberra with nuclear powered submarines, the deputy FM added.

North Korea itself has carried out several major weapon tests this year, launching ballistic and cruise missiles, while also making headlines earlier this month after firing a massive rocket from a train. But Ri insisted that those were “just measures of strengthening the defense capability” by Pyongyang in view of the above-mentioned threats.

Formally ending the Korean War will be “a foolish idea as long as there remains the US hostile policy towards the DPRK [North Korea],” which is still the “greatest obstacle” to this goal, the deputy foreign minister said.

Without a core change in approach by Washington, the peace treaty between Pyongyang and Seoul could only lead to “a tragic result of destroying the strategic balance of the region and plunging the North and South of Korea into an endless arms race,” he warned.

Ri’s statement came in response to a speech delivered by South Korean President Moon Jae-in at the UN General Assembly in New York earlier this week, in which he reiterated his call to formally end the Korean War.

“I once again urge the community of nations to mobilize its strengths for the end-of-war declaration on the Korean Peninsula,” Moon said from the UN tribune. The talks on the peace treaty should include the two Koreas, the US and China, he added.