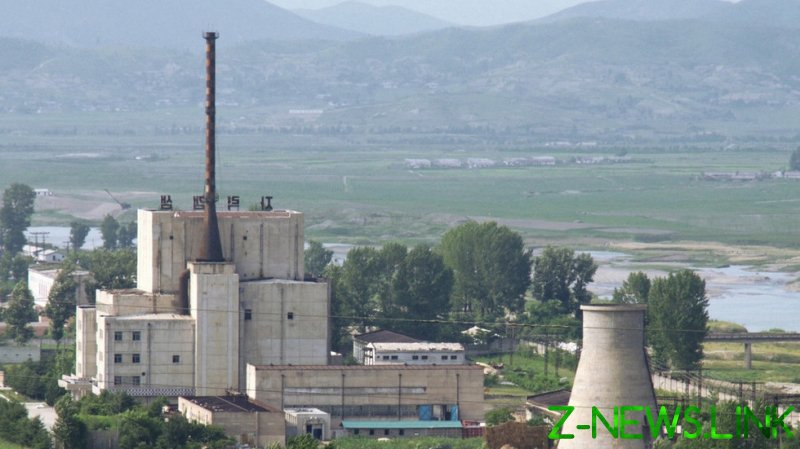 Monitoring of the site through satellite imagery showed indications that the 5-megawatt reactor was put back in operation as of early July after apparently being idle since December 2018, the International Atomic Energy Agency (IAEA) said in its report. The agency noted that since last month, there have been discharges of cooling water “consistent with the operation of the reactor.”

The UN nuclear watchdog pointed out, however, that it “cannot confirm either the operational status” of the facilities listed in the report, nor “nature and purpose of activities conducted therein.” The IAEA heavily relies on satellite imagery and so-called “open source information” in its reporting on the reclusive nation. The agency’s inspectors were expelled by Pyongyang in 2009.

Continuation of the country’s nuclear program would be a “clear violation” of UN Security Council resolutions, the IAEA said. “The DPRK’s nuclear activities continue to be a cause for serious concern,” the agency added. “Furthermore, the new indications of the operation of the . . . reactor and the radiochemical laboratory are deeply troubling.”

A steam plant that serves the radiochemical laboratory operated for about five months earlier this year, ending in early July, the IAEA claimed. That timeframe, the agency argued, suggests that reprocessing work to separate plutonium from spent reactor fuel may have been done, rather than the shorter stint that would be needed for maintenance work or waste treatment. Uranium mining work also appears to be active, it said.

North Korea has repeatedly threatened to resume testing of nuclear weapons and long-range missiles after suspending the program ahead of de-nuclearization talks with then-President Donald Trump in 2018. However, the historic US-North Korea summit in Singapore in June 2018 and a further one in February 2019 in Hanoi did little to advance the de-nuclearization cause. The negotiations have stalled after Washington demanded Pyongyang dismantle its nuclear program before granting even partial relief of its crippling sanctions. The ties have not improved under the US President Joe Biden administration. While the US declared that it is ready to “consider some form of diplomacy” with North Korea, with the US special envoy saying he is prepared to meet North Korean officials “anywhere, anytime”, Pyongyang indicated that it has no interest in resuming the nuclear talks unless Washington changes its “hostile policy” towards the country.