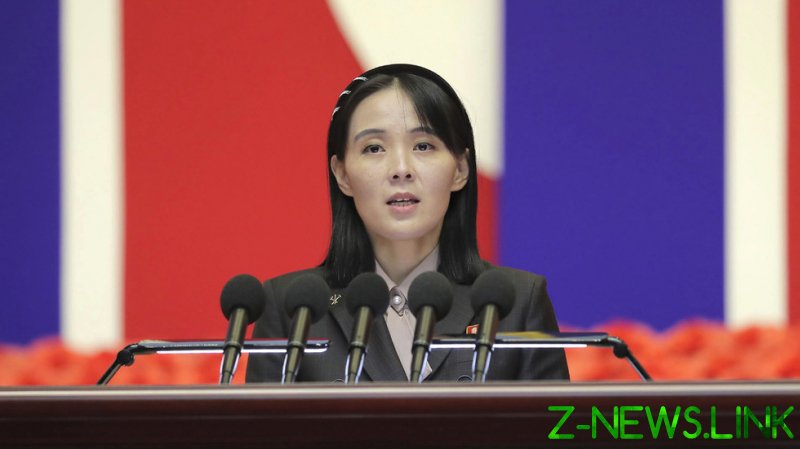 Kim Yo Jong, the sibling of North Korean leader Kim Jong-un and a senior official in the country’s ruling party, has dismissed a proposal of economic aid from Seoul in exchange for abandoning its nuclear arsenal, calling the idea an “absurd dream.”

Kim gave a fiery denunciation of South Korean President Yoon Suk Yeol in comments carried by state media on Thursday, blasting him for a recent speech marking the end of Japan’s occupation of the peninsula in 1945, in which he also suggested an “audacious” plan for North Korea’s “denuclearization.”

“It would have been more favorable for his image to shut his mouth, rather than talking nonsense as he had nothing better to say,” she said, adding “I’m only saying this today because the South seems to be very eager to know of our reaction.” 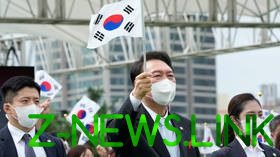 Kim went on to accuse Yoon of “inciting confrontation between systems” in his Liberation Day address, citing negative remarks about communism by the leader, and insisted Yoon’s offer was merely a rehash of a proposal by former President Lee Myung-bak during his term between 2008 and 2013.

“The ‘bold plan’ is not a new one, but a replica of the ‘denuclearization’ raised by traitor Lee Myung-bak 10-odd years ago,” she continued. “The fact that [Yoon] copied this policy towards the North, which was thrown into the dustbin of history, and called it ‘bold plan’ shows that he is really foolish.”

“No one barters its destiny for corn cake,” she added.

Seoul’s offer would have included “large-scale” food aid and funding to develop North Korea’s power grid and distribution infrastructure, as well as projects to modernize seaports and airports to facilitate trade, according to Yoon. He claimed South Korea could also help with agricultural output and healthcare services in the North, vowing “international investment and financial support” in those areas.