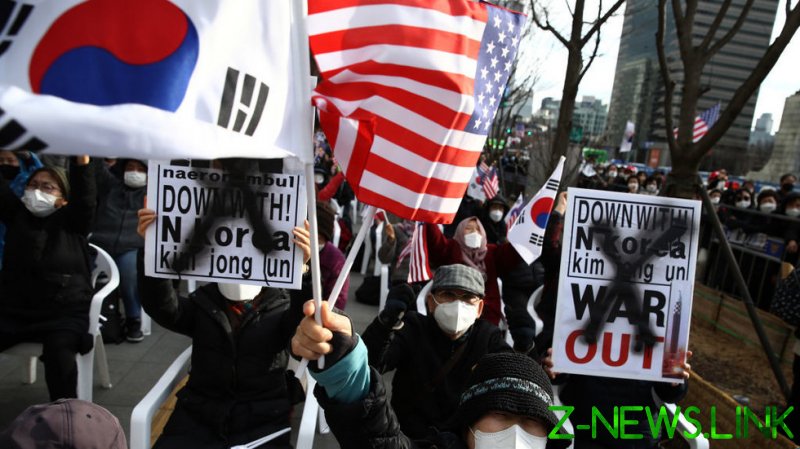 The South Korean military detected “trajectories” which are believed to be artillery shots fired by North Korea on Sunday evening.

There was no information on the exact number of shots or the origin of projectiles in a text message sent by the Joint Chiefs of Staff (JCS) to reporters, which was cited by Yonhap.

“While bolstering our military’s surveillance and vigilance, South Korea and the United States are working closely and maintaining a thorough readiness posture,” the JCS said, as quoted by the news agency.

According to the Yonhap’s source, a total of two trajectories were detected, with the shots presumably fired from multiple rocket launchers.

North Korea has apparently tested a range of missiles already this year, all of which are banned under the United Nations Security Council’s resolutions.

On June 12, the South Korean military said Pyongyang had fired projectiles from multiple rocket launchers. A week prior to that, the DPRK allegedly fired eight short-range ballistic missiles eastward from four different areas.

The suspected launches have occurred amid intensifying fears in Seoul that North Korea could soon conduct its seventh nuclear test. In June, Sung Kim, the US special representative to North Korea, claimed that Pyongyang could conduct such a test “at any time.”

Several days ago, South Korean President Yoon Suk-yeol warned the neighboring country that any “provocation” would be met with a swift response. He put his country’s military on higher alert amid growing tensions with the DPRK on Wednesday. 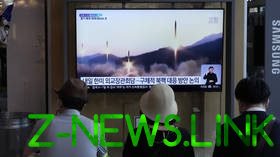 He discussed the issue with the US and Japanese leaders prior to taking this decision. All three agreed to extend “deterrence” against Pyongyang. On Monday, six American F-35 fighter jets arrived in South Korea for their first announced visit since 2017.

According to the Japan Times, the Tokyo Metropolitan Government plans to increase the number of temporary emergency shelters to protect residents from blasts in the event of a ballistic missile attack. The decision, according to the newspaper, was prompted by growing security threats, including those involving North Korea.

Pyongyang’s last known nuclear test was carried out in 2017, ahead of a self-imposed moratorium agreed during the Donald Trump administration. The country had placed ballistic missile tests on hold as well in a ‘freeze-for-freeze’ deal which saw a brief pause in US-South Korean military drills. However, this ended when joint exercises resumed.

Pyongyang has repeatedly condemned the US military presence in the region as provocative, specifically its drills held with South Korea, seeing the exercises as rehearsals for an invasion.