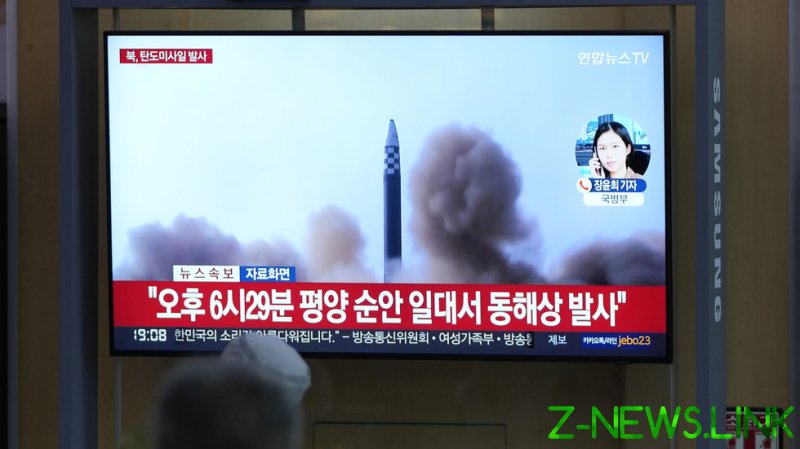 Three ballistic missiles took off from North Korea, the South Korean military reported on Wednesday morning local time. The launches came after the US, Japan, India and Australia – the so-called “Quad” – condemned the North Korean missile program and pledged themselves to “a free and open Indo-Pacific that is inclusive and resilient.”

The first missile was fired towards the waters near North Korea’s eastern coast, South Korea’s Joint Chiefs of Staff said in a statement around 6 am local time, offering no additional details. The Japanese coast guard confirmed there had been a launch of an unidentified type of missile.

Within an hour, however, Seoul was reporting “additional launches of unknown ballistic missiles in north and east directions,” according to the Yonhap news agency. A total of three missiles were launched between 6 am and 6:42, from the Sunan area of Pyongyang, the South Korean military later said.

Pyongyang’s 17th missile test so far this year comes as US President Joe Biden left Japan to return to Washington, after a five-day trip to Asia. Before departing, Biden and his “Quad” colleagues issued a joint statement about their role in the future of the region dubbed by the US the “Indo-Pacific.” 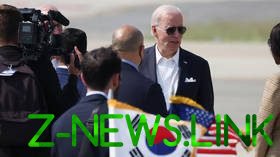 “We also condemn North Korea’s destabilizing ballistic missile development and launches, including multiple intercontinental ballistic missile tests, in violation of UNSCRs, and call on the international community to fully implement these resolutions. We urge North Korea to abide by all of its obligations under the UNSCRs, refrain from provocations, and engage in substantive dialogue,” the Quad added.

The White House had warned North Korea might carry out a missile test during or after Biden’s visit to the region. The government in Seoul also announced it had developed a plan in case Pyongyang carried out a nuclear test.

North Korea is currently dealing with an outbreak of Covid-19, with the military brought in to help deal with the situation.

The partition of the Korean peninsula after its liberation from Japan triggered a war between the Communist North and the US-backed South in 1950. The conflict expanded to drag in the US and China, until it was frozen by a 1953 armistice.